If you’re looking for a nerdy name for your dog, you’re in luck. We have tons of fantastic options that you can choose from, and our list should help you at least narrow down your search.

You can draw inspiration from your favorite sci-fi movies and TV shows or pick apart your most treasured comic books to find a character that you’d love to name your dog after. The possibilities are truly endless, seeing as everything from video games and board games to science and tech falls under the “nerd” category. 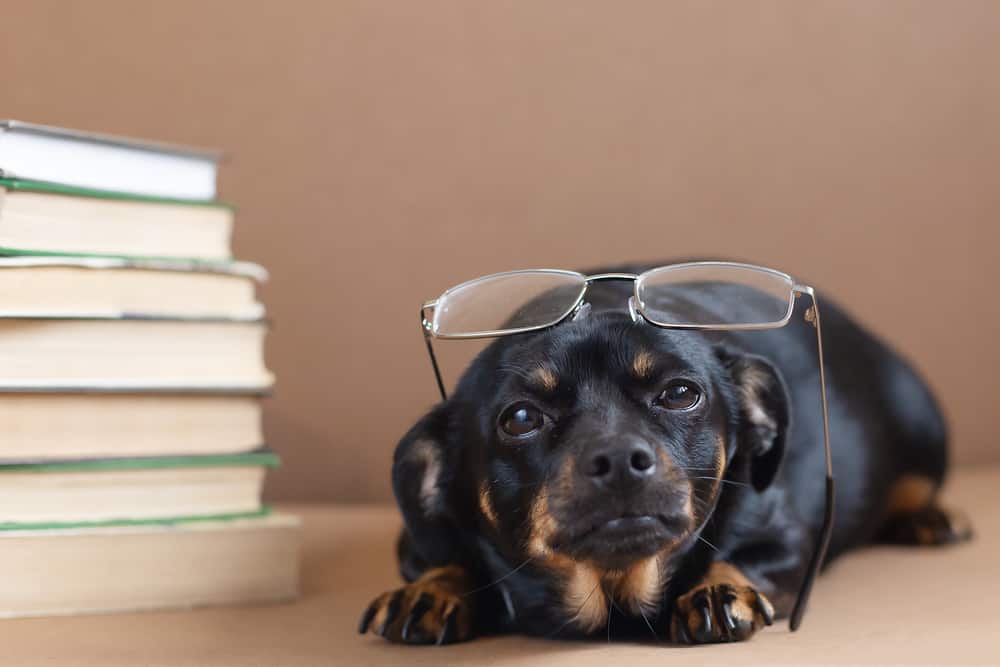 If you love comic books, superheroes, and kickass villains, you may choose to name your dog after one of your most treasured characters. While compiling our list, we considered characters with names that easily roll off the tongue. After all, your dog will have an easier time grasping its name if it’s easy to pronounce.

You’ll find comic book-inspired dog names for both males and females below. 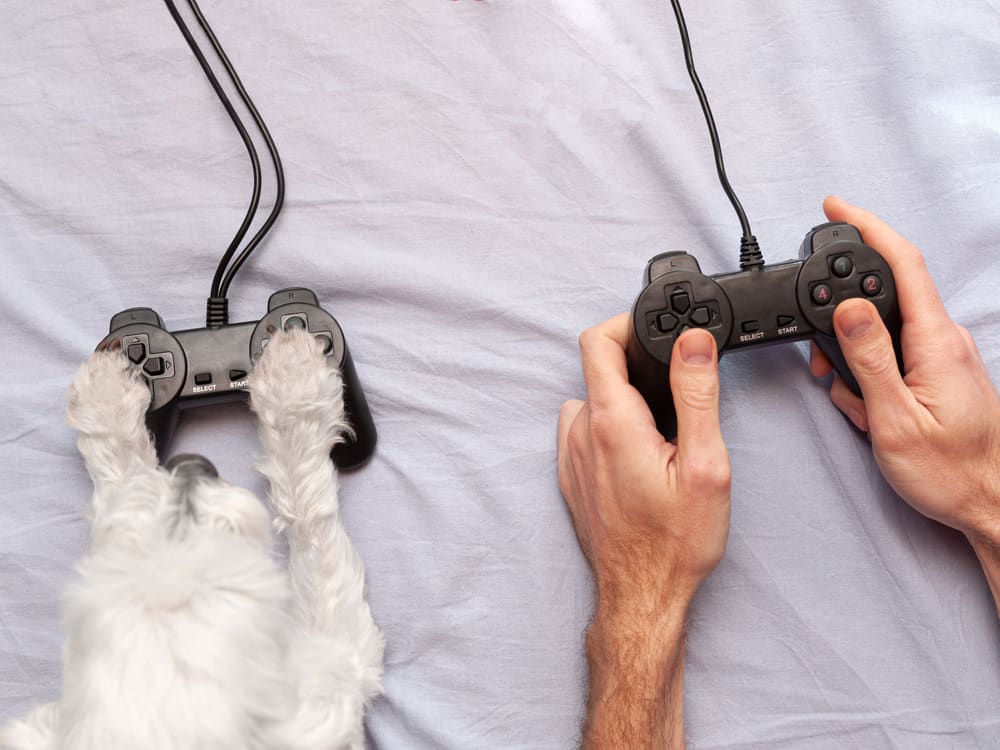 If comic books aren’t your forte, perhaps you’d like to dedicate your dog’s name to one of your favorite video game characters. The following nerdy dog names were inspired by well-known video games, computer games, and role-playing games. 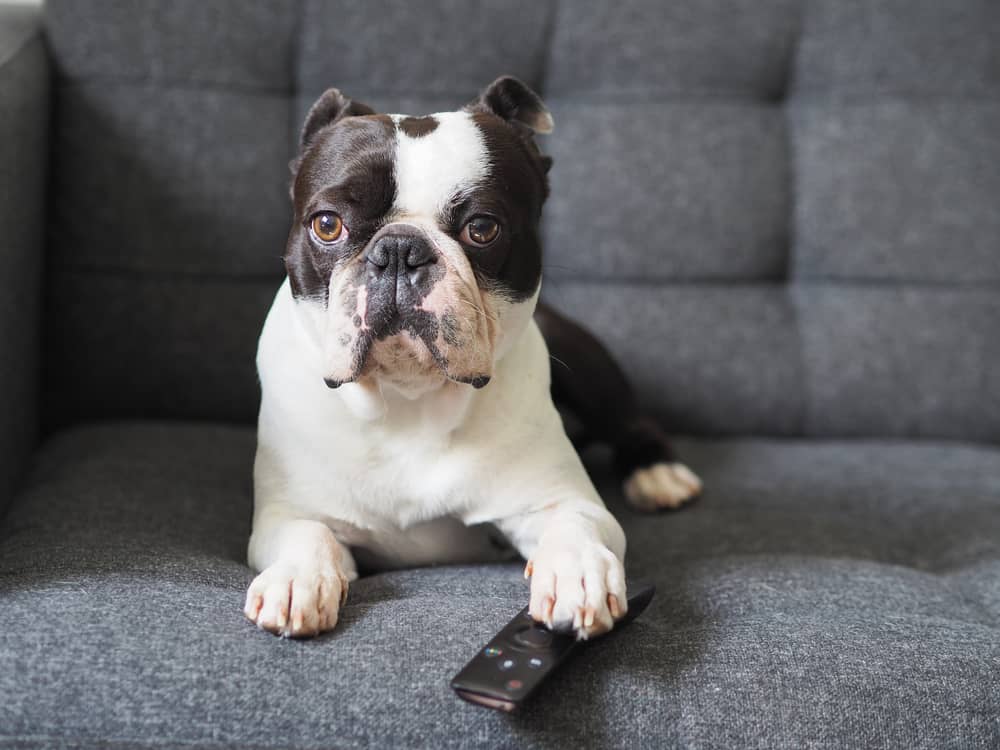 Movies and TV shows never fail to awaken our inner nerds, especially when they fall under the sci-fi and fantasy genres. So much so that many of us never forget the names of our most cherished fictional characters.

We went through some of the nerdiest shows and films and came out with some geeky (but cool) names that would make any dog proud. 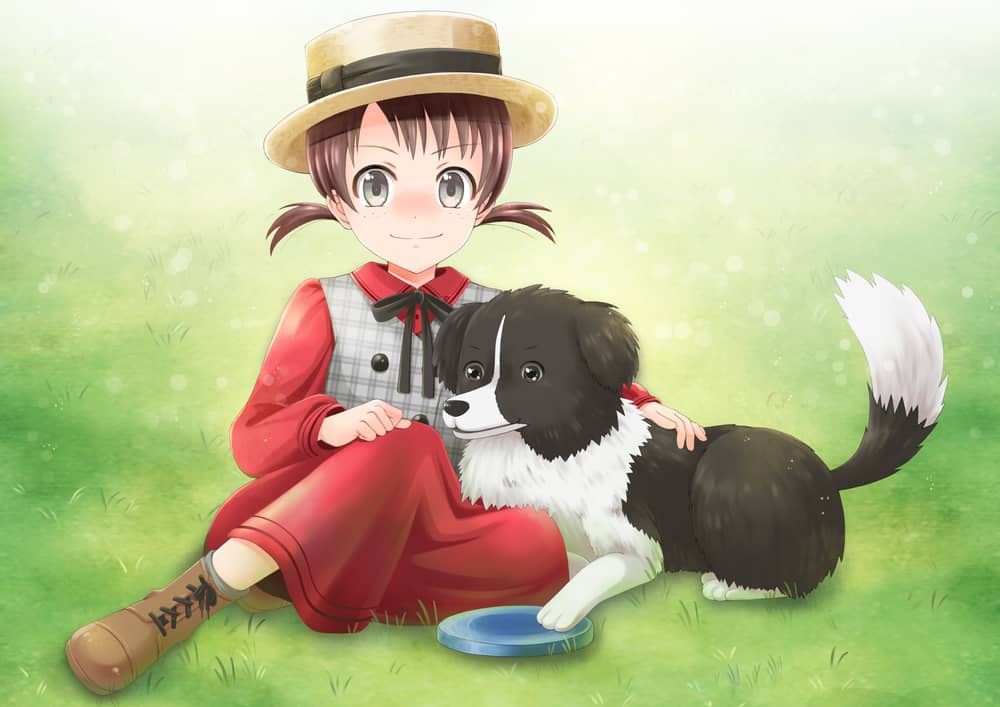 There are many different kinds of nerds. While some spend their time flipping through American comic books and playing video games, others devote their free time to reading Japanese manga and watching anime. If you love a good anime, you might consider naming your dog after one of the most classic characters of all time.

Below, you’ll find the names of popular anime characters, all of which would make for an awesome (and nerdy) dog name. 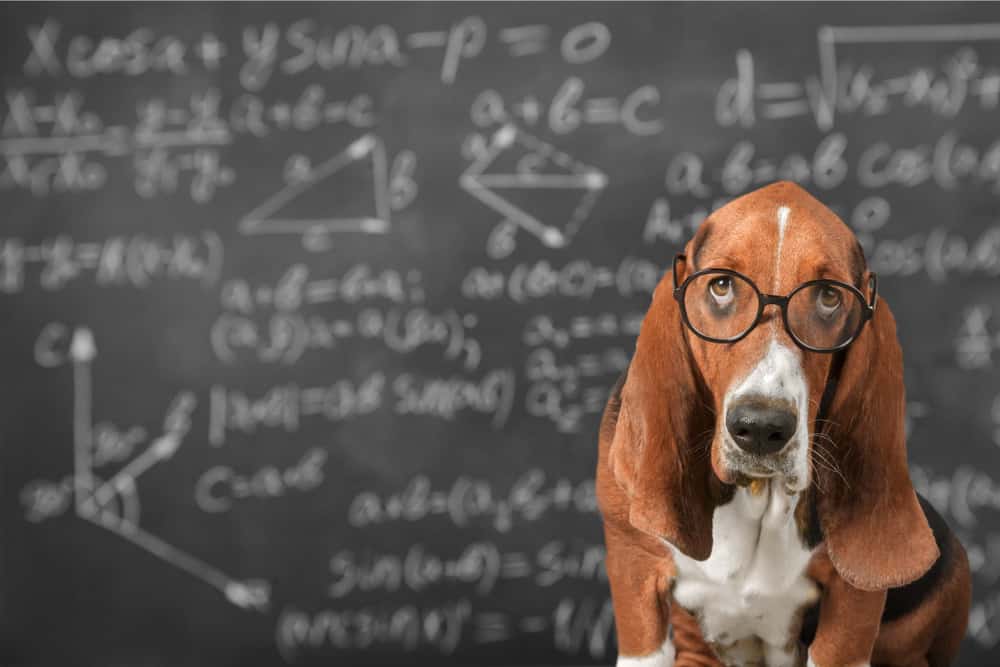 If you’re a math and science lover, you may want to name your dog after an element of the periodic table or an incremental measure. The truth is, when you take math and science into account, there is an infinite number of possibilities to choose from.

Below, you’ll find dozens of scientific and mathematical words that would make for great pet names. 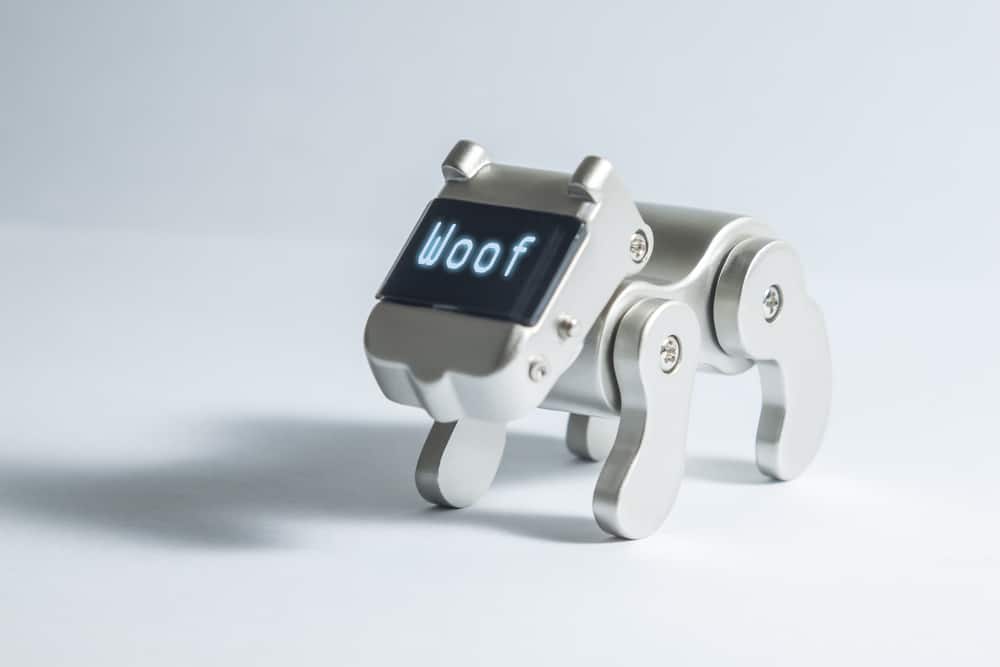 Techie dog names never go out of style, which is why owners all over the world choose to give their pups tech-inspired names. Whether you’re a programmer or not, you’re bound to enjoy some of the following names. 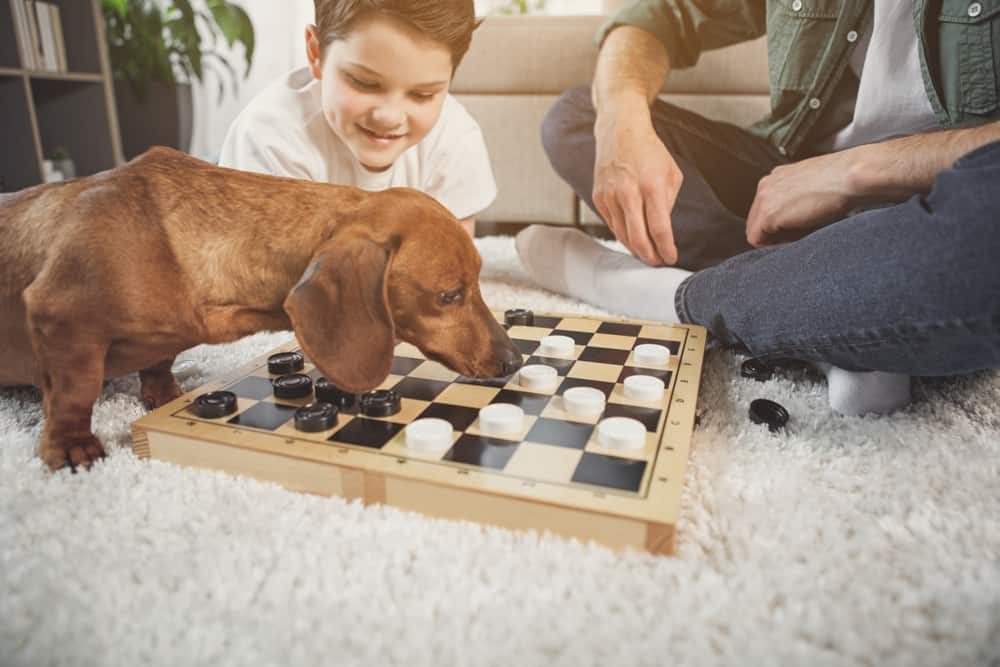 It’s no secret that nerds love board games, especially ones like “Magic: The Gathering” and “Catan.” Here are our favorite board games that could also double as a suitable name for your pooch. 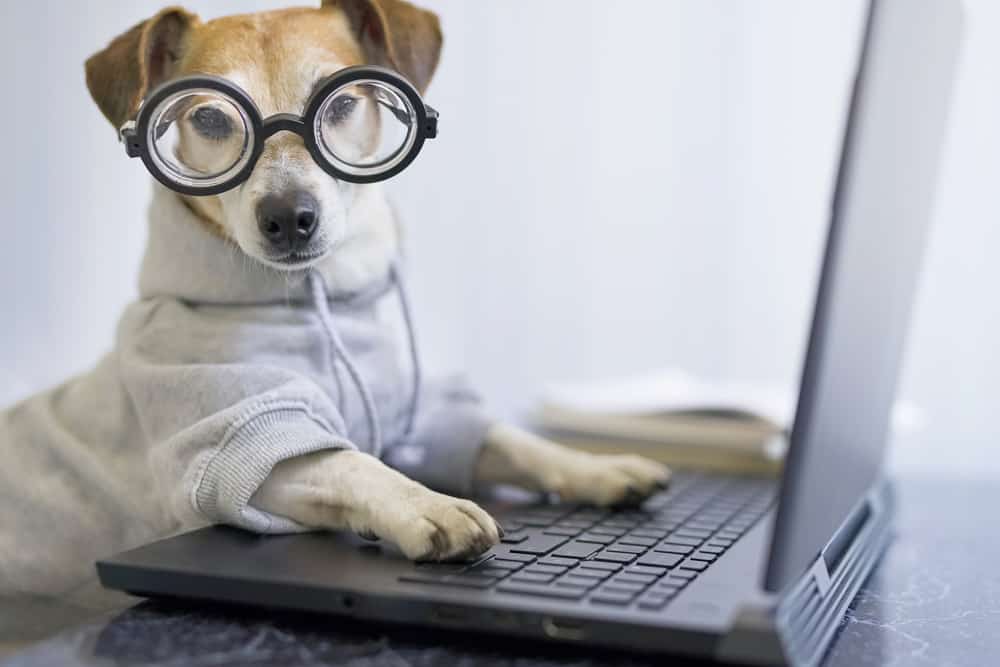 Naming your dog is a lot of fun when you have plenty of nerdy pastimes to draw inspiration from. Whether you choose to name your pup after your favorite superhero, video game character, sci-fi movie, or role-playing games is entirely up to you. What’s important is taking your time to find a name that you’ll never grow tired of. You’re the one who’ll use your dog’s name the most, after all.

Once you settle on a dog breed and name, you can start to research healthy dog foods and get your home ready for your pup’s arrival. We hope our list of nerdy dog names has helped you find the best name for your future pet.

The 10 Best Dog Foods for Australian Shepherds in 2023

How Much Should I Tip My Dog Groomer?

How Soon Can I Walk My Dog After Neutering?