Frogs might not be the most popular pets out there, but if you’re the lucky owner of one you’ll know full well what great pets they make. They’re fun, get up to hilarious antics and their cute croaks are unfrogettable.

They’ve also served as inspiration for plenty of lovable characters on screen and in fiction throughout the decades, from goofy Kermit (The Muppets) to kindhearted Jeremy Fisher (The Tale of Mr. Jeremy Fisher).

Here are over 130 toad-ally awesome pet frog names based on fiction, nature, mythology and more. Whether you’re looking for a chuckle-worthy name, or an adorable name that captures your froggo’s sweetness, you’re sure to find a ribbeting name on our list that feels right for your pet.

And yes, we know these puns are driving you hoppin’ mad – we promise we’ll cool it from now on (well, mostly!).

To get you started, we’ve compiled a collection of our all-time fave frog names, as well as some of the trendiest pet amphibian names this year.

If these names don’t strike your fancy though, don’t worry – there are plenty more to come.

If you want a popular or classic name for your male frog, look no further – we’ve gathered them all here.

For those looking for a trendy or timeless name for their female pet frog, this list is full of perfect ideas.

Every frog is special in their own way, but owning one is pretty unique in itself; the go-to pets are those that are warm-blooded and fluffy (we’re talking cats and dogs). Your new buddy is sure to grasp the attention of all your guests, so why not give them a name that’s just as attention-grabbing?

Here, you’ll find an array of unique frog names that you won’t come across anywhere else; we sincerely hop you enjoy these! 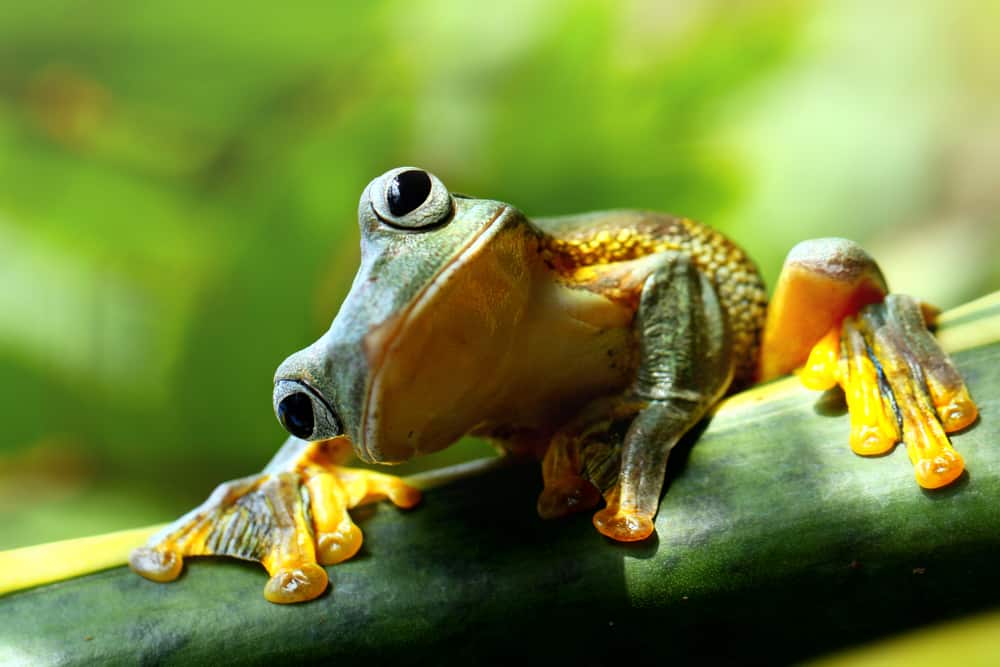 Sure – your amphibian might not be winning a beauty pageant any time soon, but it’s undeniable there’s a certain charm about them, from their adorable ribbits to their itty-bitty webbed feet.

As we mentioned earlier, frogs appear time and time again in the spotlight, from books to the big screen, to even internet memes. There’s just something about them (likely their quirky appearance and unique traits!) we can’t help but be drawn to.

Here is a collection of the most famous froggie characters that have graced our books and screens. We recommend naming your pet after a character that shares their personality or looks. 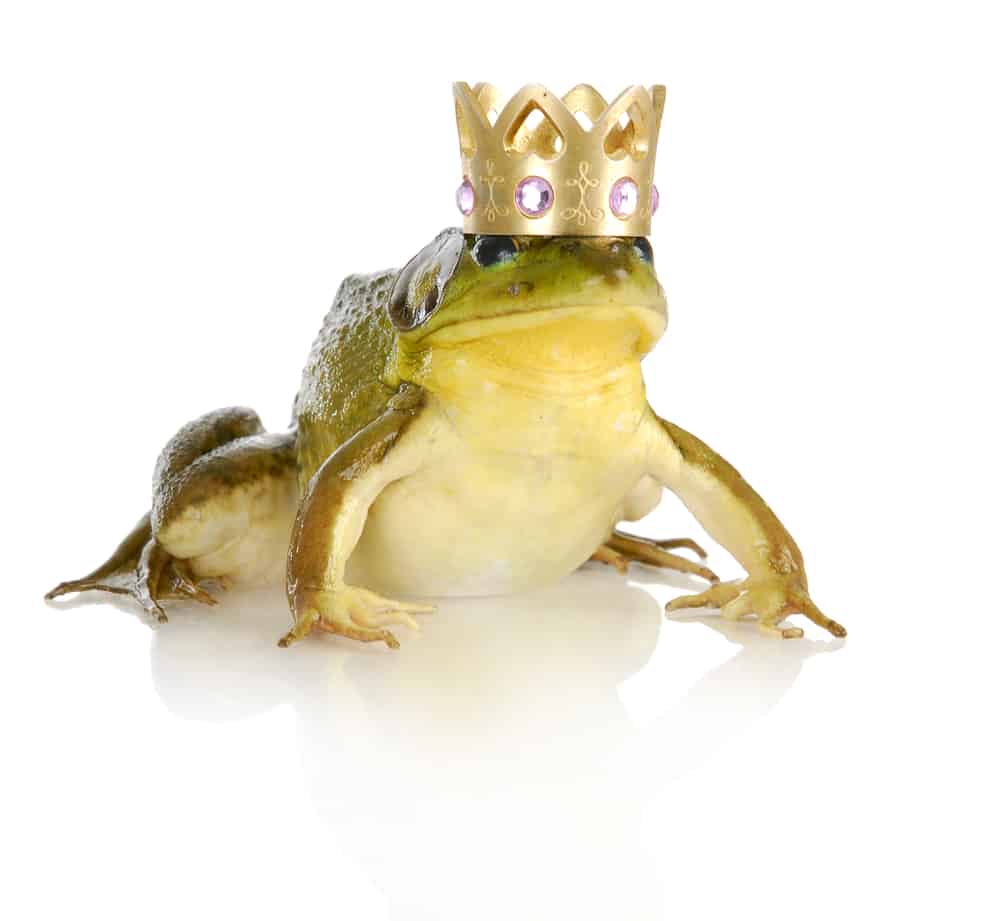 You’re bound to be familiar with The Frog Prince; a folktale about a prince who gets turned into a frog. If your amphibian loves the finer things in life, and would look befitting in a gold crown, bestow them a royal pet name. You never know, they might actually be a prince (or princess) awaiting true love’s kiss!

If you’re interested in a noble pet frog name, make sure to also browse our famous frog names above; we include many fictional frog characters that are based on the frog prince tale, like Princess Tiana and King Harold.

At times, it can feel like frogs are actually comedians in disguise, not princes like the folktale claims. Whether from an unexpected tongue swat, a sudden hopping frenzy or a bellowing ribbit, your slimy companion is sure to make you croak with laughter.

The frog pet names below are just as hilarious. Be warned: we’ve also sprinkled in a fair amount of punny names!

Naming your pet frog is a challenge that can feel as difficult as wading through a swamp – there’s just so many options to pick between. If you feel like the swamp is swallowing you up, think about your frog’s species, personality and looks. Considering these factors will truly help you cut down your options, leap out of the swamp, and come to a decision.

Oh, and make sure it’s also a name you won’t feel embarrassed to say aloud. Otherwise, a trip to the veterinarian may quickly become a contender for your top ten most embarrassing memories!