Black cats get a bad rep in several western cultures; they’re seen as harbingers of misfortune and bad luck, a superstition which stemmed from the medieval belief that they were witches’ familiars.

While their gorgeous black coats are certainly bewitching, the notion that they’re bad luck is far from the truth. In fact, in other parts of the world, black cats are seen as a symbol of prosperity and good luck. In Ancient Egypt, they were even worshipped.

If you’ve recently become the lucky owner of a black feline, you’ll know from first-hand experience what amazing, adorable companions they truly are. Of course, you’ll also need to decide on a name for your majestic kitty. Whether you’re looking for a name which draws from the witchy superstition, or one that reflects their sleek coat, here are over 200 black cat name ideas for your furbaby. 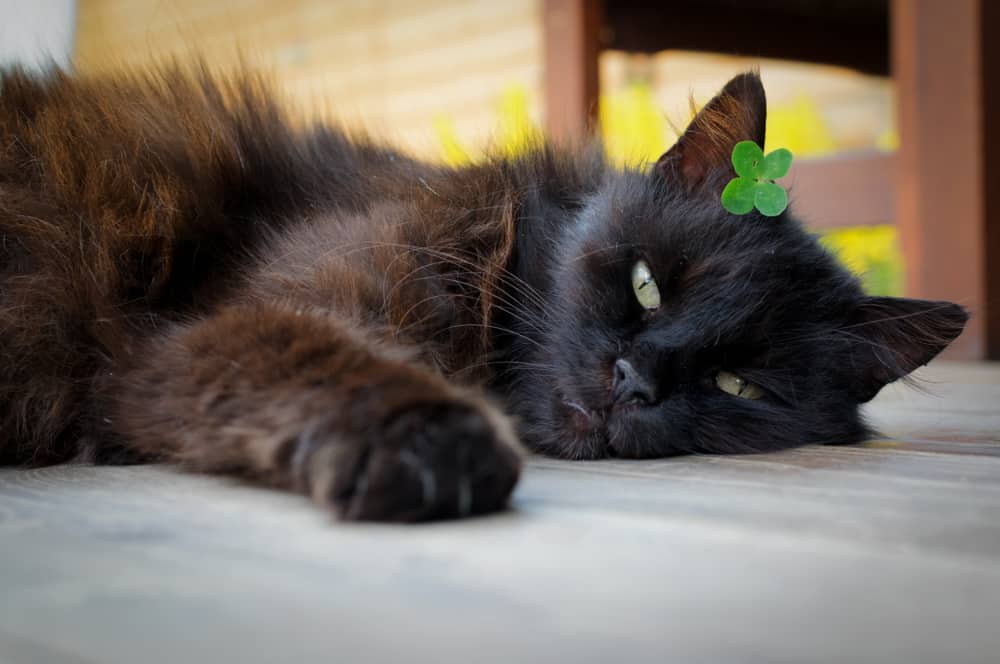 No matter what the superstition says, welcoming a black cat to your family will undoubtedly bring good fortune your way. Honor your lucky feline with these names that signify prosperity, fortune or destiny. 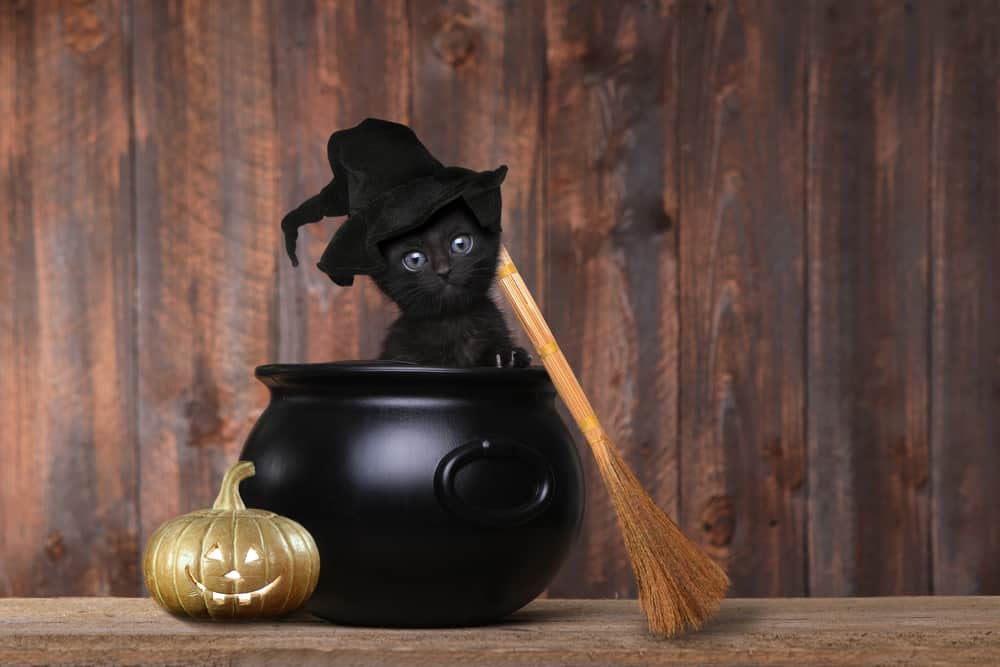 If you love the mystery and magic often associated with black cats, a witchy name might be perfect, especially if your lovable kitten is mischievous and plays the part of a witch’s familiar pretty convincingly!

While we’ve got lots of witchy names here, if you’re in need of some more ideas, take a look at our full witchy cat names list.

Black Cat Names Based on Nature 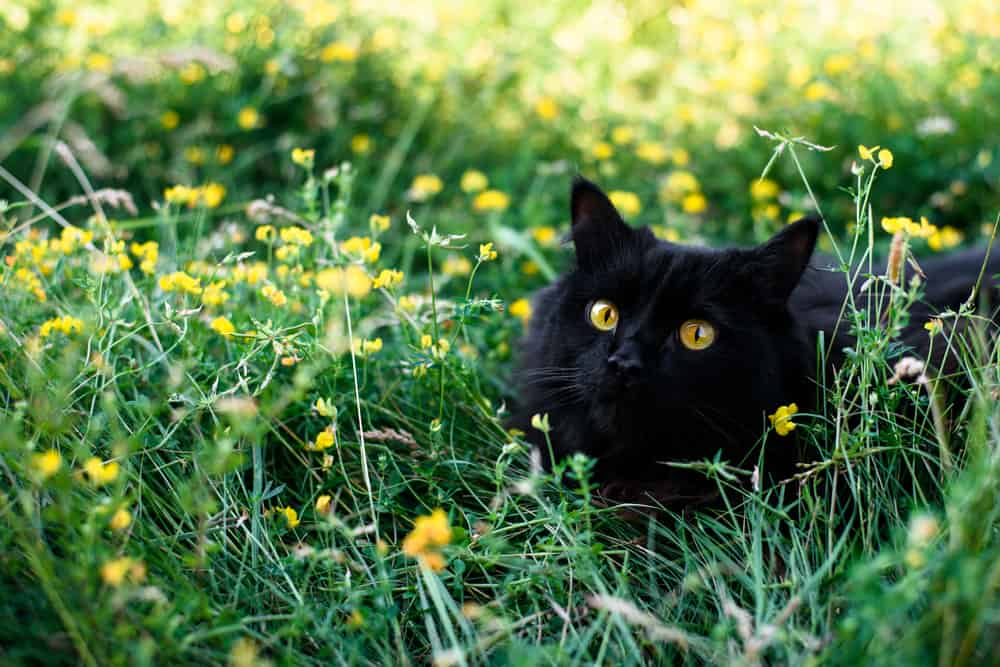 Inspiration for black cat names can be found everywhere in nature; the night sky, weather, stones, and even other animals. 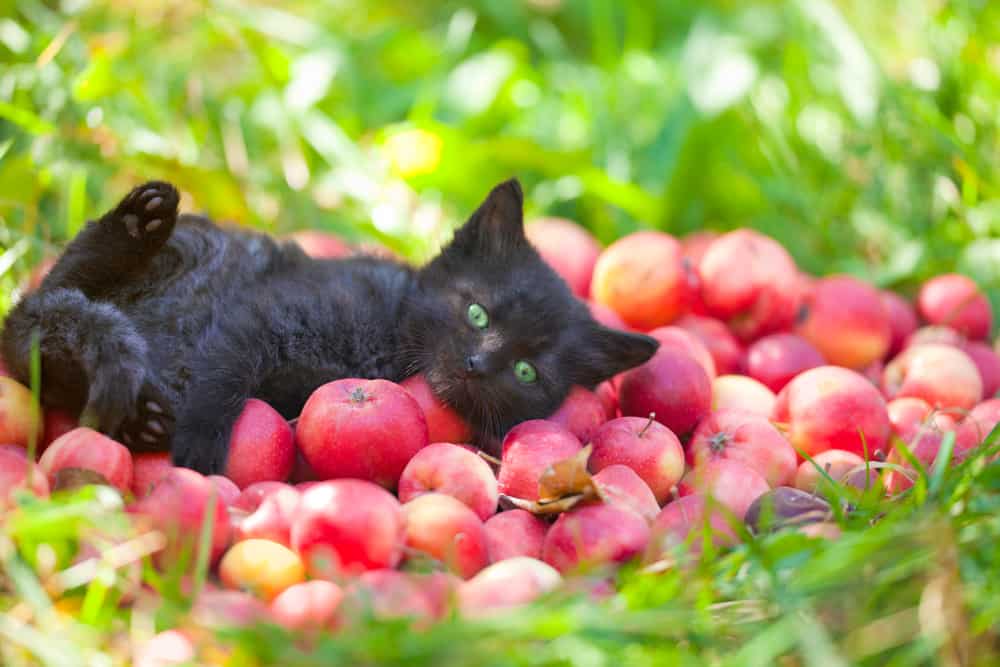 There are plenty of dark-colored foods and beverages to name your furbaby after. The culinary delights we’ve gathered here all make for perfect names – they’re adorable, easy to say and are distinct enough for your cat to not confuse them with other words. 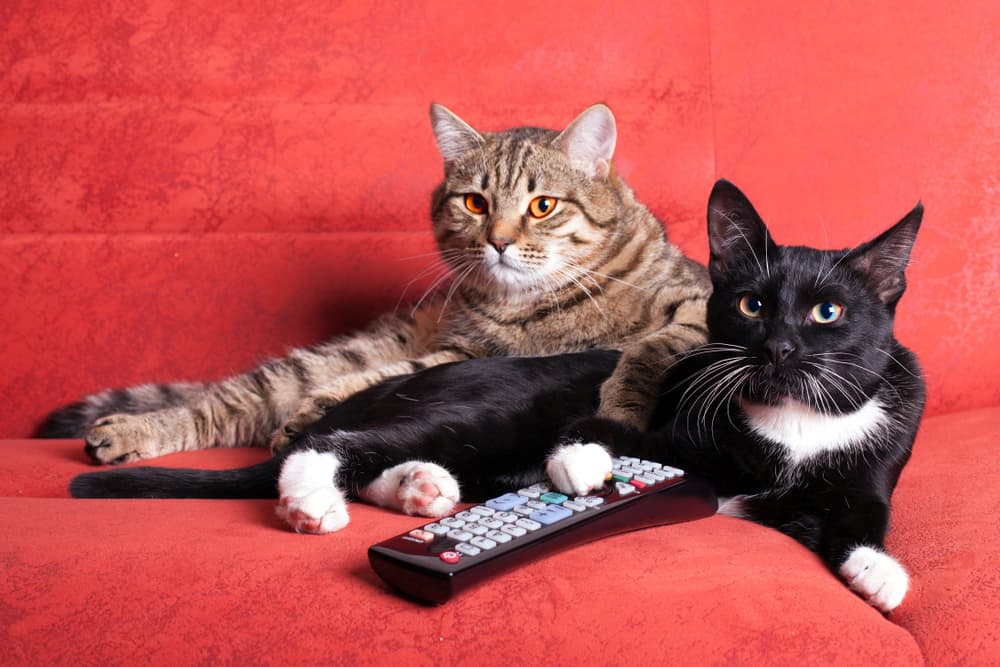 Black cats appear time and time again in literature and on the screen. While they don’t always get a positive representation – no doubt thanks to their association with witchcraft and the old wives’ tale of them being a bad omen – there are a fair few fictional black cats that are easy to fall in love with. 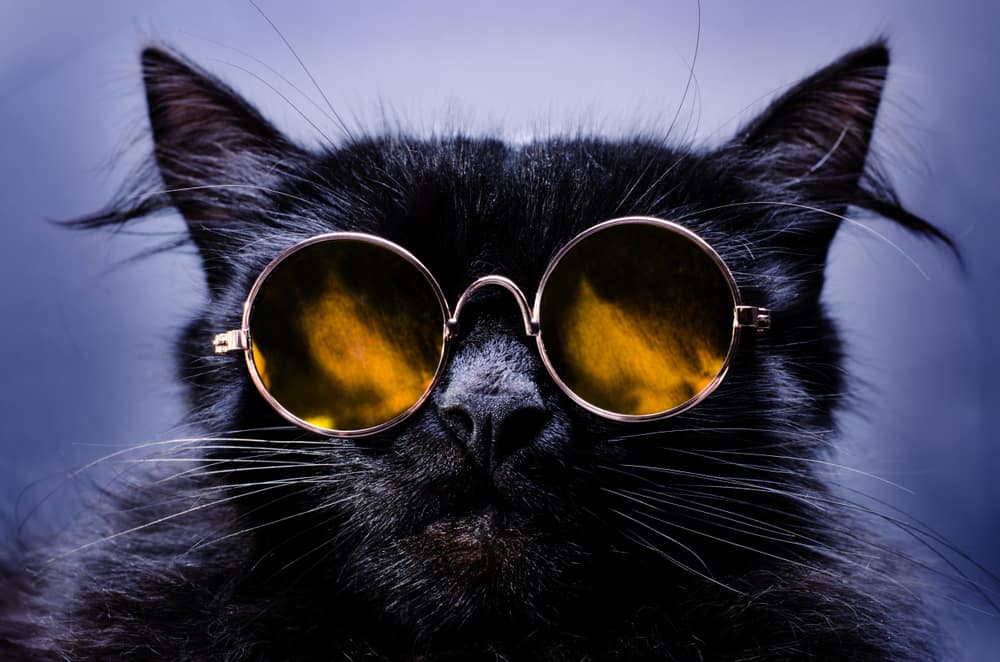 Black cats haven’t just left a mark on the fictional world – there are plenty of real life lovable black cats that have made history. 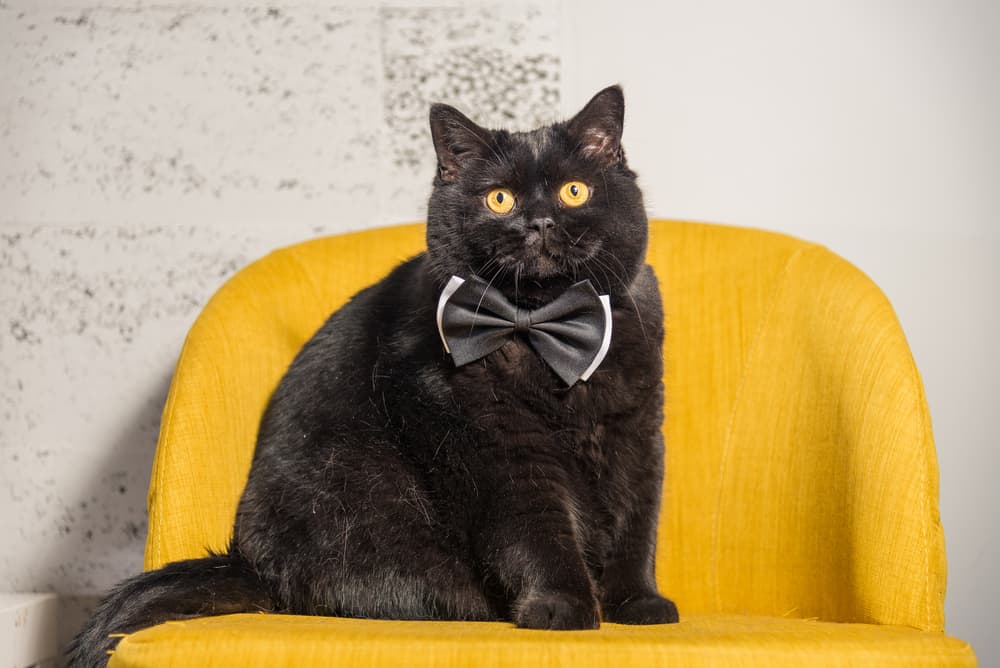 While we’ve included tons of hilarious names in our list so far (like Mr.Mistoffelees and Caviar), here we’ve gathered a collection of our all-time favorite silly black cat names. 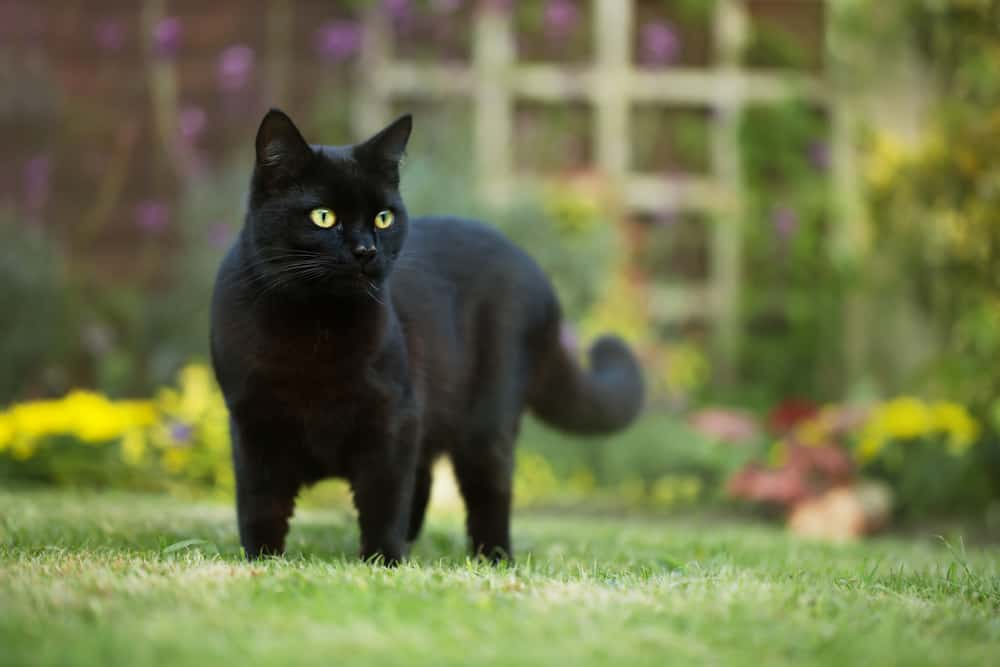 Honoring your black cat’s coat doesn’t mean you have to call them a run of the mill name like “night” or “shadow.” You can pay homage to your furbaby’s coat in a way that’s unique by translating a word associated with darkness into a different language. 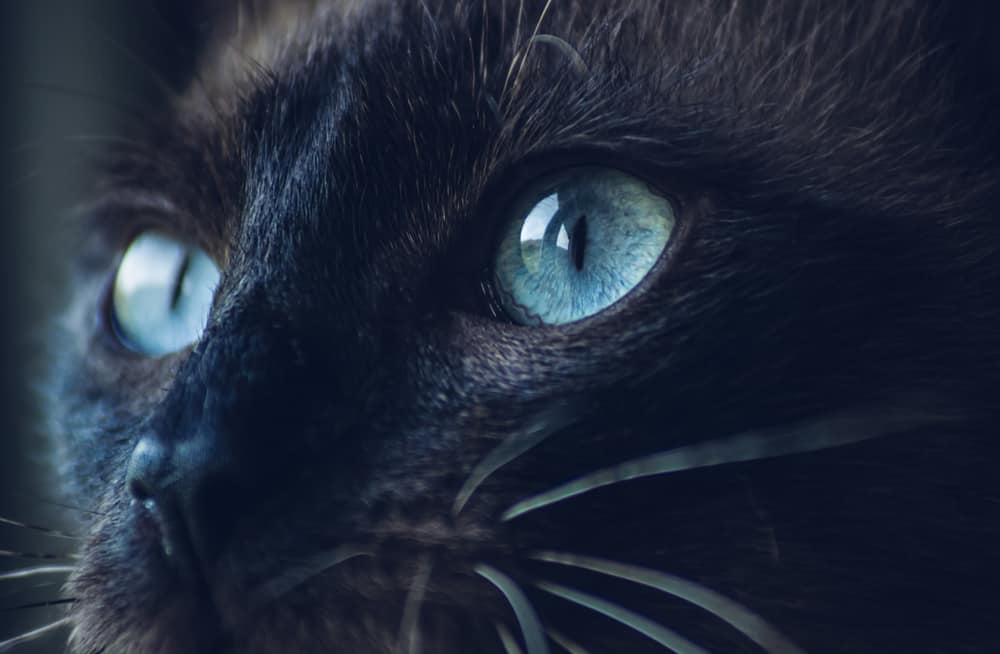 Haven’t found a name that captures your attention as much as your feline’s enchanting coat does? Here are some more fun black cat names inspired by mythology.

Your black feline deserves a name that celebrates their sleek coat, as well as their individual personality; if they’re gentle natured and love snoozing on your lap, an adorable name like cookie would suit them best!

Our list offers a wealth of inspiration, but if you haven’t found a name that takes your fancy, we recommend researching your cat’s actual breed – the history and tales surrounding their breed are sure to give you plenty more ideas. Or, if you want a funny, ironic name for your kitten, you could even give them a white cat name.