It may come as no surprise to discover that much like kids, our furry, feline companions can often find themselves throwing up—and often in the most awkward of places. Three A.M. hairball on your socks? No thanks!

Generally, vomiting in cats is relatively inconsequential—it’s not “good,” but it usually doesn’t mean anything more than a sad kitty and a mess to clean up.

So how do you know if it’s something more serious?

Is your fur baby vomiting frequently? Have they always thrown up, or is this a new occurrence for them? Are there clumps of hair or food, or is the color abnormal? Is little kitty losing weight? Are they still using their litter box? These are all things to take into consideration prior to calling your vet, and likely questions that they will ask you as well.

When Is Vomiting an Emergency?

Whenever you notice your kitty struggling to urinate, defecate or eat alongside vomiting, especially when combined with changes in activity level or sudden weight gain or loss, you should contact your vet immediately as these can be signs of more serious underlying health conditions.

You should also contact your vet immediately if your cat’s vomit is a red or brown color, as this may be a sign of acute internal bleeding that should be treated immediately

Additionally, a cat that has vomited more than three times within 24 hours should be treated as soon as possible, regardless of other symptoms or the color of the vomit.

Calling your vet to ask about vomiting may result in a question about if your cat has chronic or acute vomiting.

What’s the difference? Well, chronic vomiting is something that occurs semi-regularly, whereas acute vomiting is a sudden onset of vomiting without any preexisting occurrences. Chronic vomiters might just vomit once or twice a month, or a week without it being a cause for concern.

However, if your cat doesn’t often vomit then you will want to look for triggers and pay close attention to the color, consistency, and frequency of the vomiting. If they’ve never been sick before, there’s likely some change that is causing it now.

Though both types of vomiting can be serious or benign, acute vomiting that occurs more than once or twice is generally a good sign that you should seek immediate veterinary attention: it’s possible that there’s an emergency causing the regurgitation that should be dealt with as soon as possible.

Does kitty dearest throw up often? If they throw up more than two or three times in a single day, that can be a cause for concern—not only might it be a sign of an underlying health problem, but it can cause dehydration, too.

If your feline friend finds themselves throwing up two or three times a month, however, that’s generally a normal occurrence in your average, healthy, adult feline. Any more and it might be a sign of a more serious underlying problem that should be checked out.

Don’t let the possibilities panic you, though—yes, there are many serious medical conditions that chronic vomiting can be a sign of, but it could also be an intolerance to food or something else that’s far less serious.

Another thing to pay attention to is whether there is visible hair or undigested food in the mess. If there is a long, log-like clump of undigested fur with a little bit of liquid clumping it together, that is generally a typical hairball. Keep an eye out for red streaks like blood, as that is a definite cause for concern, even if it looks like just a hairball.

Beyond clumps of undigested fur, cats might regurgitate their undigested food if they eat too fast, frequently, or too much. Kitty tummies are small, but kitty eyes are big, so sometimes they eat more, or faster than their little bodies can handle and end up regurgitating some of the food later.

You can generally tell if it’s regurgitation if there are large chunks of undigested food with minimal liquid. Sometimes kitty might just be anxious around the food bowl, especially if there are other cats or dogs, or even kids, in the house that crowd around or compete with them at the food bowl. Try getting them to eat slower or in their own, safe little corner to see if it helps. 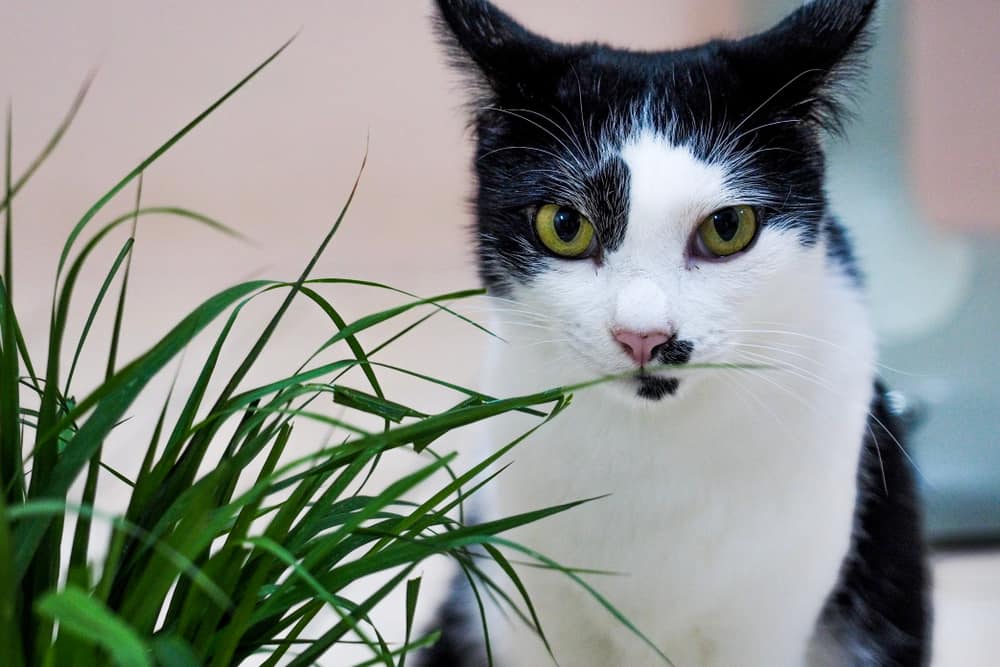 Something else to note is if there are visible bits of grass or plants in the vomit. Many felines will eat grass or plants, which they will later throw up, along with everything else they ate in the interim. Please note: If you know your kitty ate certain varieties of plants, such as poinsettias or lilies, seek immediate veterinary assistance as these are highly toxic plants to felines, and even if your kitty vomits them up there could still be trace amounts in their system which may do lasting damage.

Though not always a surefire guide, you can often figure out something about why your cat vomited (and how serious it is) by looking at the color.

Bloody, dark, and brown vomit are much more serious, and often indicate internal bleeding that should be treated immediately. But this is only a rough guide: you shouldn’t assume the worst if you see reddish vomit or think that everything is ok when it’s clear. As always, contact your vet and proceed with caution.

One of the often overlooked causes of vomiting in cats is actually a change in diet. Just like people and dogs, kitties can have allergies! If you have recently changed their food, added new snacks or treats, or the brand of food you use has changed their formula, then there might be something that just does not agree with kitty.

Try checking to see if the ingredients in the food you use have changed, or if you changed food altogether, switch back to the previous one. If they stop vomiting, then likely your problem was some sort of allergy or sensitivity to their new diet! If nothing’s changed, you might still want to change what you feed them—the food might be the same, but the way cat’s tolerate certain ingredients can change over time. 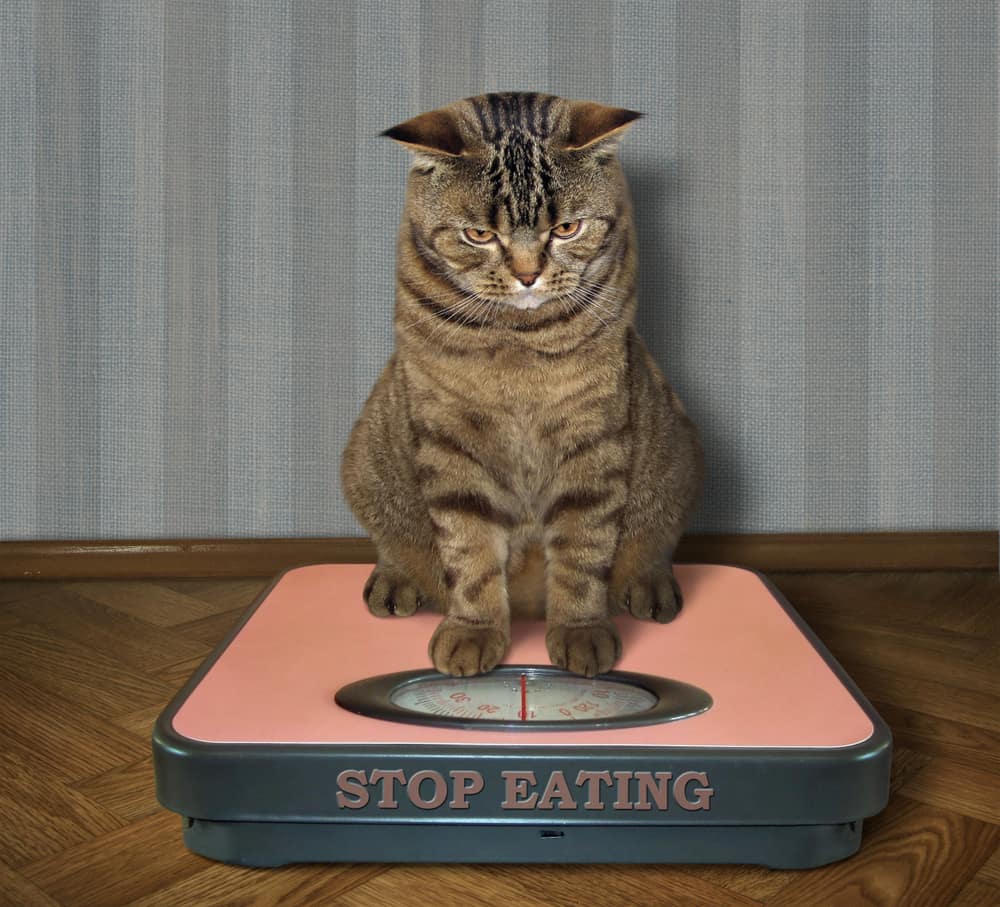 Does kitty still eat fine? Drink water? Is he or she losing weight, or are you noticing a sudden change in temperament? Any changes in their behavior, especially weight loss and activity level, are causes for concern. Monitor kitty closely and inform your vet of any and all changes of this manner. Even something as simple as dehydration can be cause for concern in such a small creature.

Your best bet for an at home treatment is to check to see if there is any blood in their vomit, and if so, call the vet immediately as you might need emergency intervention.

If there is no blood in their vomit, then check to see if it’s particularly dry, and monitor their litter usage. Getting kitty to drink more is a good starting point. If your feline is particularly finicky, you might try feeding them wet food, but try mixing some water in with the gravy to get them to ingest some more liquids.

Is kitty having trouble using the litter box? If your cat is struggling in the litter box as well as throwing up, this could be cause for concern for several reasons. Your kitty could be dehydrated, suffering from a urinary or digestive issue, or more.

How Can I Treat a Vomiting Cat at Home?

Though vomiting in itself is primarily an issue because of the complications that cause it (which are best treated by a vet), there are some things you can do to make kitty a little comfortable while they get better.

The first thing you’ll want to do is remove access to food for a full day, unless your examination of the vomit already shows an empty stomach—in which case they may already not be eating and you should speak with a vet if you don’t see them eat soon.

After about a day, you can introduce simple foods like a high-quality dried or canned food made for sensitive stomachs, plain boiled chicken, or rice. Once they’ve been able to keep these bland foods down for a few days, you can start to mix their regular food back into their diet.

They’ll often be dehydrated, so throught this process you should encourage drinking (maybe with a moving-water fountain) or by switching their diet to feature more canned foods, which have a higher water content than kibble. You can even try mixing some water in with the gravy to get them to ingest some more liquid.

Vomiting in felines is often thought to be a naturally occurring reaction to everyday life, but sometimes there can be cause for concern. The best way to take care of your furry friend is to closely monitor them as you would any other person in your household, noting any sudden changes in behavior or variations in their daily norms.

Before you panic, carefully consider the frequency, regularity, and texture, as well as your kitty friend’s hygiene and bathroom habits, activity level, and weight. It could be something as simple as a little too much food too fast, or something more serious.

Ultimately, if you are uncertain or worried, contact your vet. While there might be nothing to worry about, the peace of mind from having a veterinarian confirm that everything is ok is often worth the call.

Cat Tail Language: What Is Your Pet Trying to Tell You?

Why Is My Cat Yowling?