There are few things more exciting in life than welcoming a new member into your family—especially one of the four-legged variety. But naming your new fuzzy friend can pose a bit of a challenge; after all, there are thousands of great dog names out there to choose from. That’s why we decided to simplify the process and focus on one letter only: the improbable oddity that is the letter O.

Believe it or not, there is actually a slew of awesome names that start with this relatively unique letter. We’ve divided them up into male dog names, female dog names, unisex dog names, and interesting dog names (i.e., names with a particularly cool backstory). So keep reading to learn more about these mutt-friendly monikers—we guarantee they’re worth a tail wag or two!

We’ve included the origins and any other fun facts about these traditionally male monikers that might help you choose your new pup’s name!

Oberon – derived from the Old High German for ‘ruler’ or ‘king,’ also the name of the fairy king in Shakespeare’s play A Midsummer Night’s Dream

Odell – Old English name that means ‘woad hill’; a woad is a plant collected for its blue dye

Odin – for the Norse god of culture, art, law, and wisdom

Odysseus – the protagonist from Homer’s epic, The Odyssey

Ollivander – Mediterranean name that means ‘he who owns an olive wand’

Opie – traceable back to the Old Norse name ‘Asbjorn,’ which means ‘God bear’

Orion – famous hunter in Greek mythology, also the name of a constellation easily recognized by its ‘belt’ of three stars

Oscar – English and Spanish name meaning ‘friend of the deer’

Osiris – for the Egyptian god of the dead

Oso – the Spanish word for ‘bear’

Owen – from the Welsh and Celtic meaning ‘young warrior’

Female dogs can get in on the fun here, too. Check out these 25 names for the newest little lady in your house—we know you’ll love them as much as we do.

Odette – from the French and Old German meaning ‘wealth’

Okera – from the Nigerian meaning ‘a likeness to God’

Olive – variant of Olivia with the same meaning

Olivia – the feminine counterpart to Oliver, also Latin in origin and means ‘olive’ or ‘olive tree’

Olivine – another variant of Olivia, with the same meaning of ‘olive tree’

Oma – derived from the Arabic that means ‘leader’

Ombretta – inspired by the Italian word ‘umbra,’ which means ‘shadow’ or ‘darkness’

Ondrea – from the Czech meaning ‘strong and courageous one’

Opal – taken from the gemstone with the same name, also the birthstone for October

Oprah – for one of the most popular talk show hosts of all time, Oprah Winfrey

Orchid – for the purple springtime flower, originally from the ancient Greek for ‘testicle’

Oriki – a form of praise poetry in Nigeria’s Yoruba culture; each household has its own form of this praise poetry

Osiana – derived from the English for ‘young, little deer’

Osita – from the Spanish for ‘little girl bear’

If a gendered name isn’t really your style, though, then not to worry–we’ve got a handful of unisex dog names that’ll suit any pooch. On our list you’ll find silly names and human names alike, making sure there’s something for every kind of dog owner on the list.

Oahu – the third-largest Hawaiian island which means ‘The Gathering Place’

Oasis – from the ancient Greek and Latin meaning ‘rich, comfortable, pleasant, and hope’

Oath – from the word that means ‘solemn promise’

October – named for the tenth month of the year

Oddball – describes someone with a strange or unusual personality

Officer – the occupational name of someone who holds office, from the Latin ‘officium,’ meaning ‘service’ or ‘task’

Omaha – for one of Nebraska’s biggest cities, originally from a Native American word meaning ‘upstream people’

Omega – the last letter of the Greek alphabet, also usually denotes the end of something

Omelet – describes the dish made of fried, beaten eggs folded over like a pancake, originally from the French meaning ‘little blade’

One – the first number in the English language

Orca – for the killer whale, originally from the Latin meaning ‘the shape of a barrel or cask’

Oregano – from the Greek meaning ‘mountain of joy,’ also a popular herb in Italian cooking

Ounce – from the imperial unit of measurement equivalent to 28.3 grams

Owl – describes the nocturnal bird of prey that makes a ‘hoo!’ sound

O’Hara – from the Irish meaning ‘descended of Eaghra’

Don’t go anywhere just yet; we’ve got 25 more interesting doggy names that also happen to start with this illustrious letter. Given their uncommon nature, we’ve included the backstory behind them so you can learn a little something before giving one to your pup.

Oana – variant of Joanna, with the same meaning of ‘God is gracious’

Obama – for the 44th President of the United States, Barack Obama

Ocarina – from the Italian for ‘little goose’

Ocelot – a species of North American wildcats, from the Aztec ‘tlalocelot,’ which means ‘field tiger’

Ollie – the diminutive form of Oliver

Omarion – variant of Omar, with the same meaning of ‘flourishing’

Omi – Hindu name meaning ‘the sound of the universe’

Ondrej – derived from the ancient Greek ‘Andreas,’ which means ‘man’ or ‘husband’

Otter – French and German name that means ‘wealth and army’

Ozias – from the Greek and Hebrew meaning ‘strength from the Lord’ 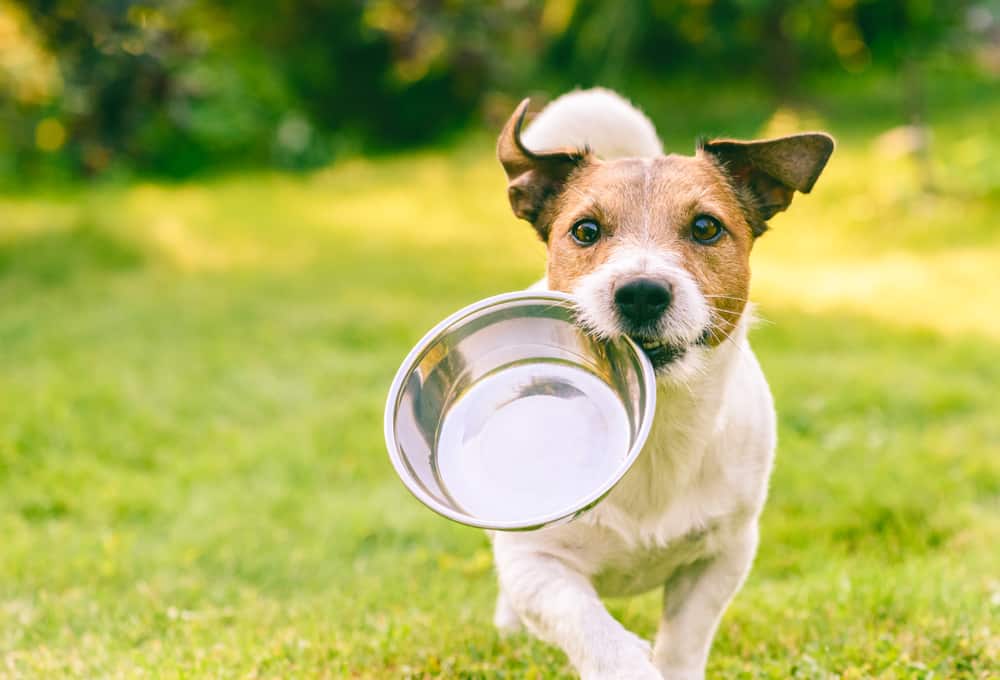 If you thought there were only a handful of cool dog names that start with O, we hope we changed your mind! With so many magnificent monikers to choose from, it’s plain to see that the letter O isn’t as uncommon as you might think.

185 Dog Names That Start With P for Your Precious Puppy

169 Dog Names That Start With G