Ferrets are curious little creatures with adorable bear-like faces. They have comical personalities and have a knack for getting into trouble, hence why many pet owners choose to give their ferrets funny and badass names.

If you’re thinking of getting a ferret, you may be searching for a funny ferret name that is worthy of a carpet shark. If that’s the case, check out our list of 145+ hilarious ferret names. 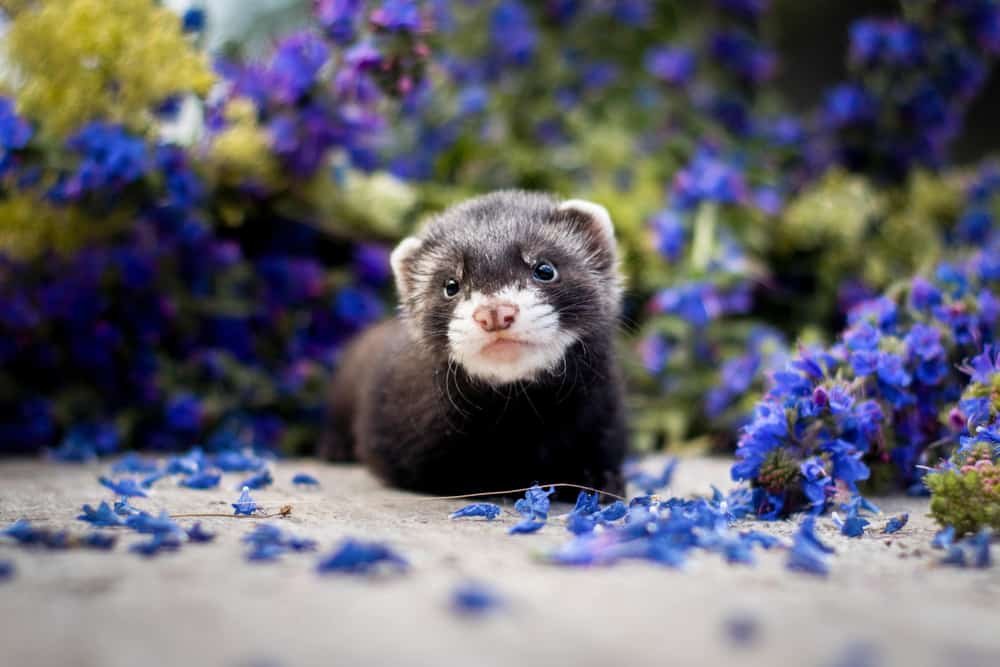 Choosing the right name for your ferret can be a challenging thing to do, especially when you have yet to familiarize yourself with their personality. With this in mind, many ferret owners choose to get to know their ferret before giving them their forever names.

However, since most ferrets have curious and witty personalities, most of the names listed below will match them just fine.

Check out the list below if you’re on the prowl for hilarious names for female ferrets. 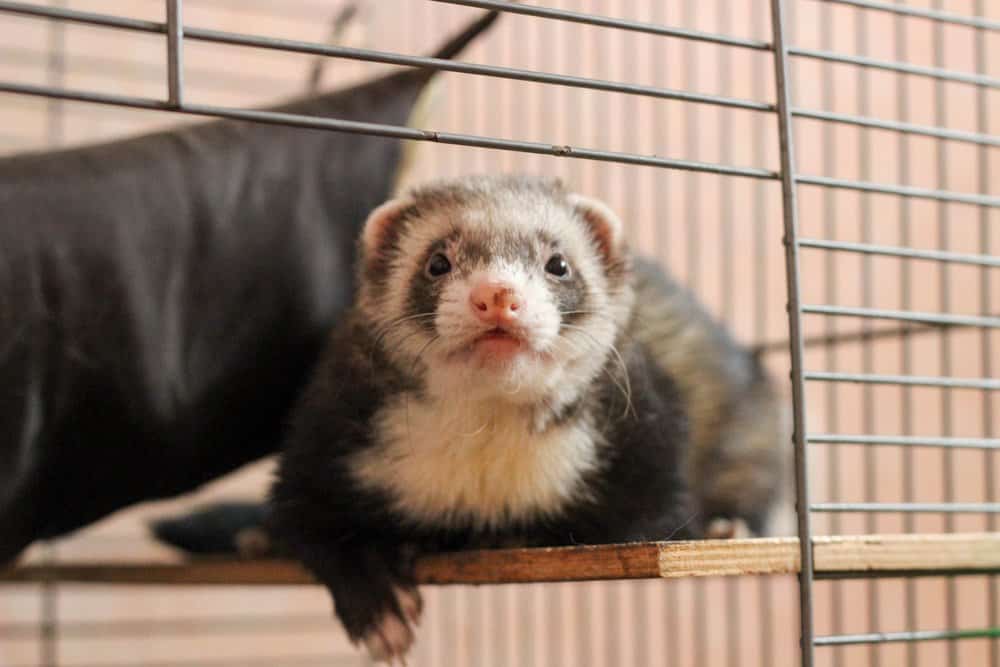 Just like female ferrets, male ferrets have bright and curious personalities. They love to cause mischief around the house, which is why it’s so important to ferret-proof your home. Male ferrets tend to be larger and slightly more energetic, too.

With this in mind, some “ferrents” choose to give their male ferrets names that highlight their size and boisterous attitudes.

Below, you’ll find some cute and funny names for male ferrets. 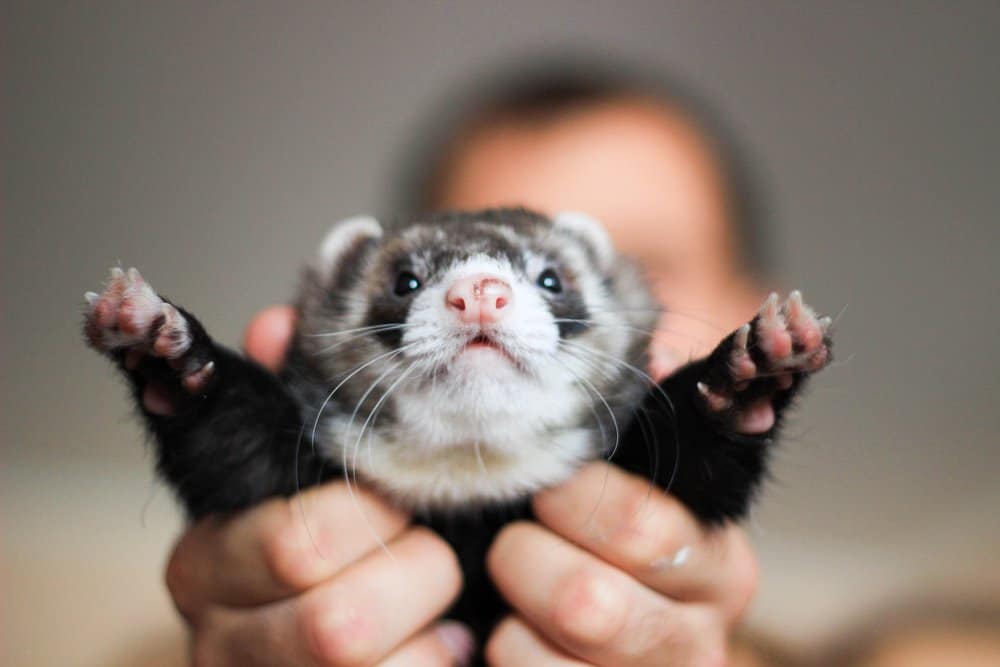 It isn’t uncommon for pawrents to name their pets after some of the most iconic movie and TV show characters. If you’re thinking of using the big screen or the small screen as inspiration when naming your ferret, you’ll love the options below. 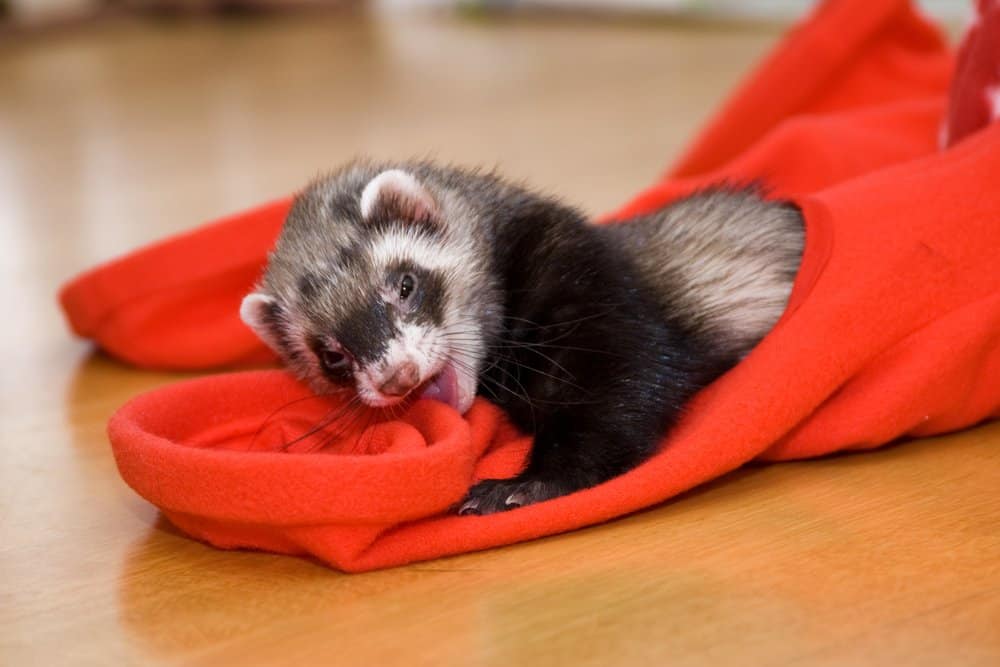 We compiled a list of hilariously villainous names to help you find the right one for your ferret. Why, you ask? Well, because there’s nothing funnier than a ferret with a badass name. 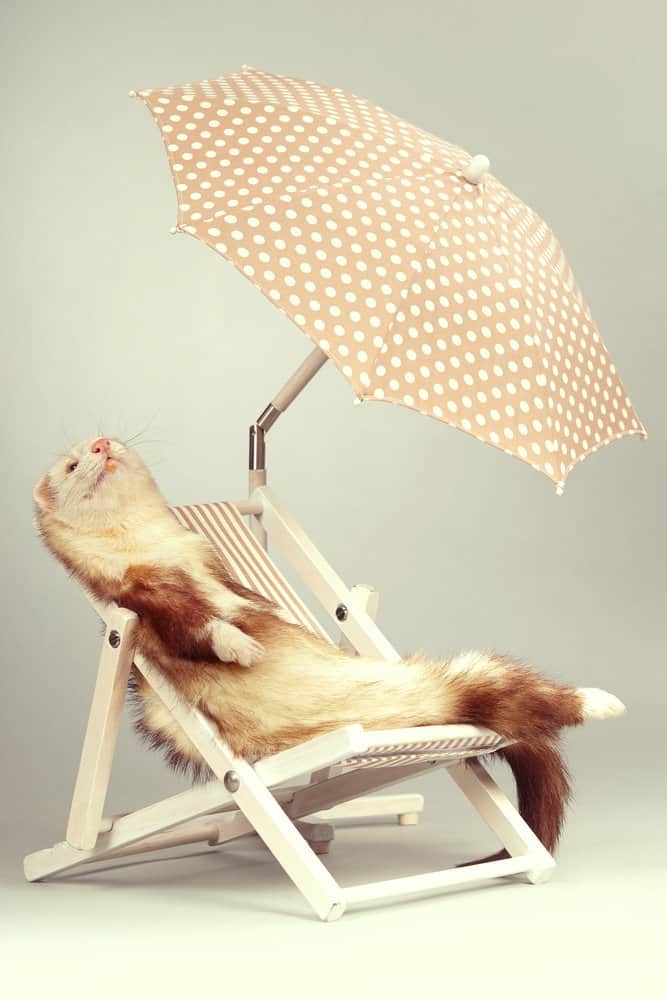 Want to give your ferret a punny name that none of your friends or family members will ever forget? Well, then you may just find what you’ve been looking for below. 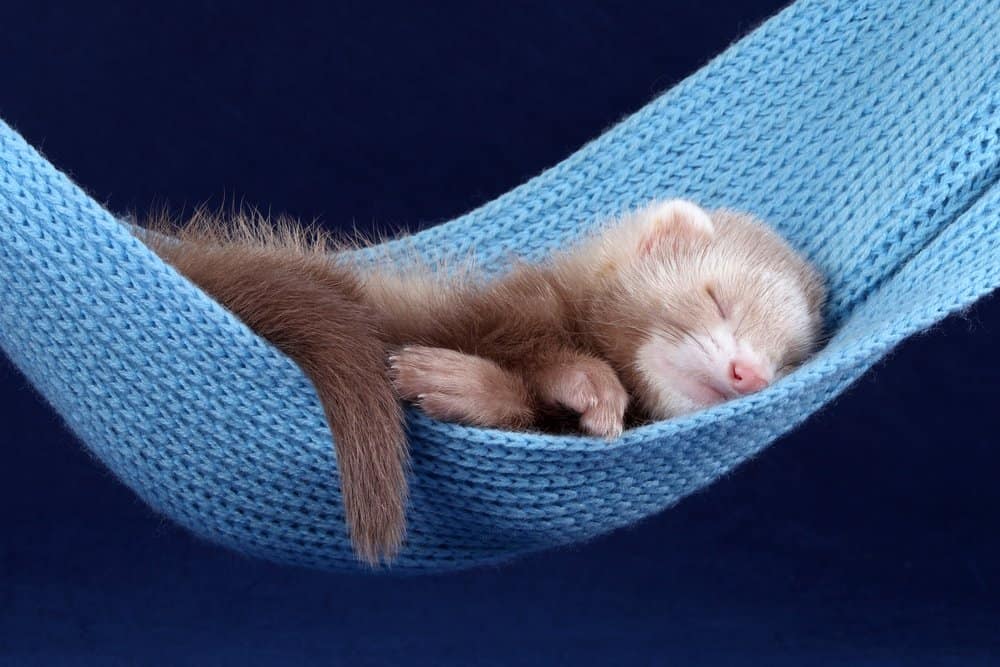 Your ferret may be a sweetie pie, but that’ll never stop them from getting into trouble. After all, ferrets have a reputation for being peace-disturbing escape artists.

Nevertheless, you may choose to give them an angelic name in hopes that it molds their personality. Or you may simply enjoy giving your ferret a name with an ironic twist to it. 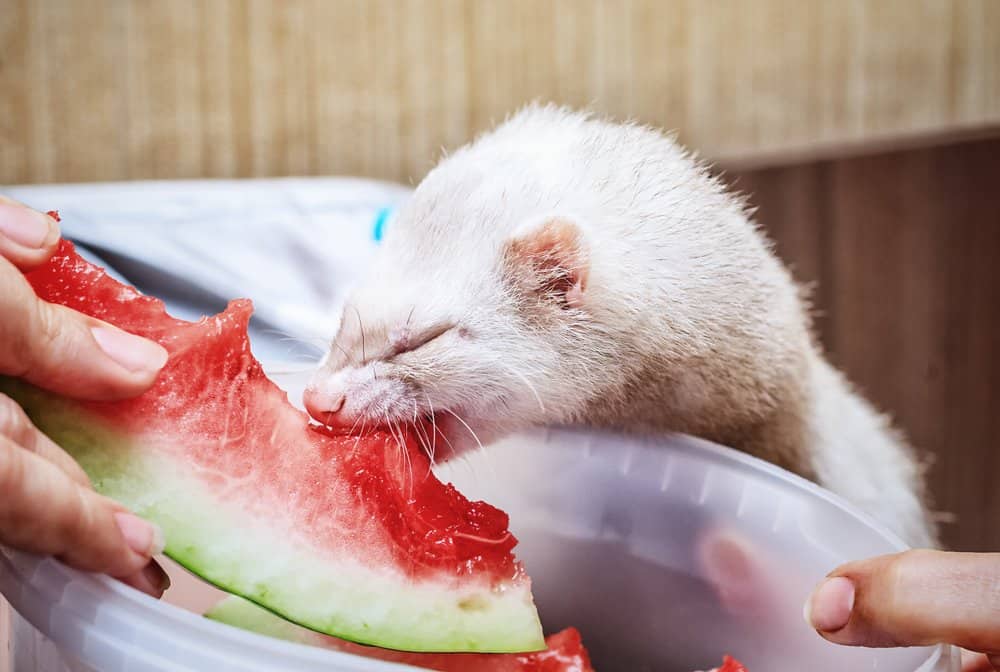 It isn’t uncommon for pet owners to give their animals food-related names, and this is especially true for ferrets. We mean, common, a ferret named Noodles? How cute and funny is that?

Cute and Funny Names for a Pair of Ferrets 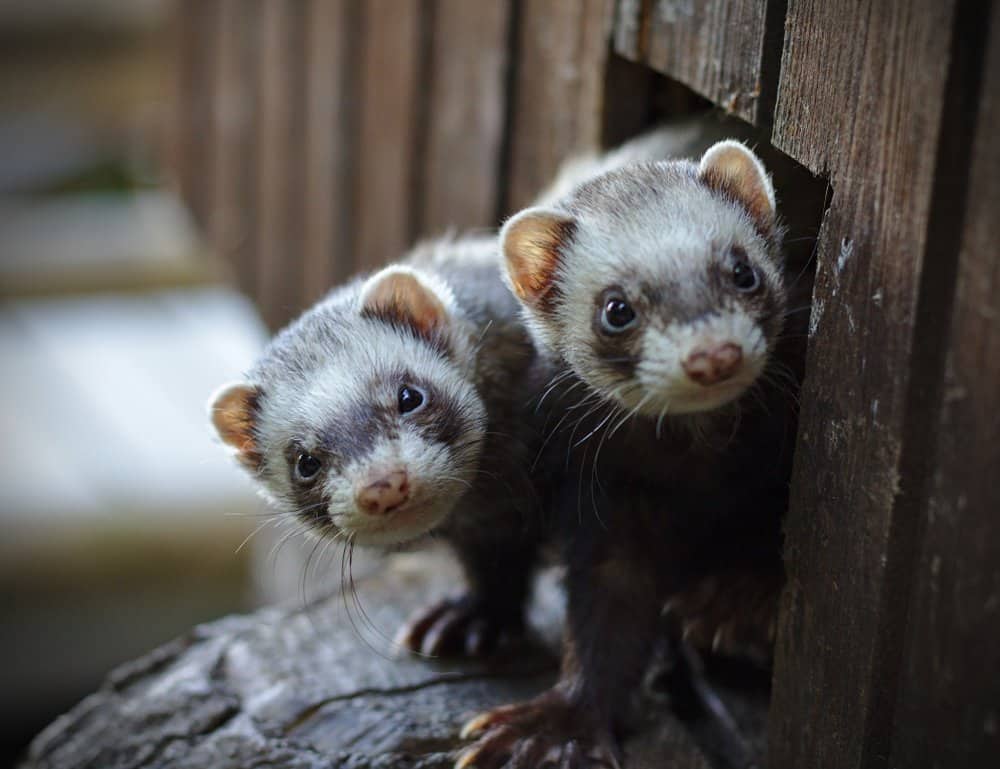 According to veterinarians, it’s best to adopt a minimum of two ferrets at once. This is because, if you adopt a single ferret, they may become depressed as they are highly social creatures.

With this in mind, we decided to compile a list of hilarious names for a pair of ferrets.

Most Popular Names for Ferrets 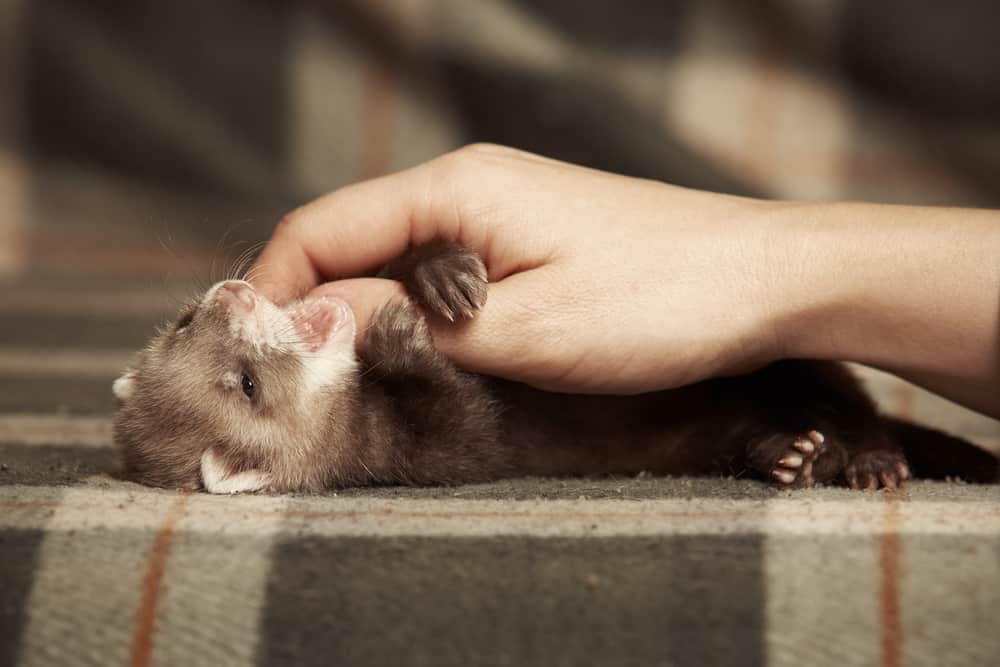 If funny ferret names aren’t your thing, you may be searching for a list of the most popular ferret names in the world. And if that’s the case, check out the names below.

Caring For a Ferret 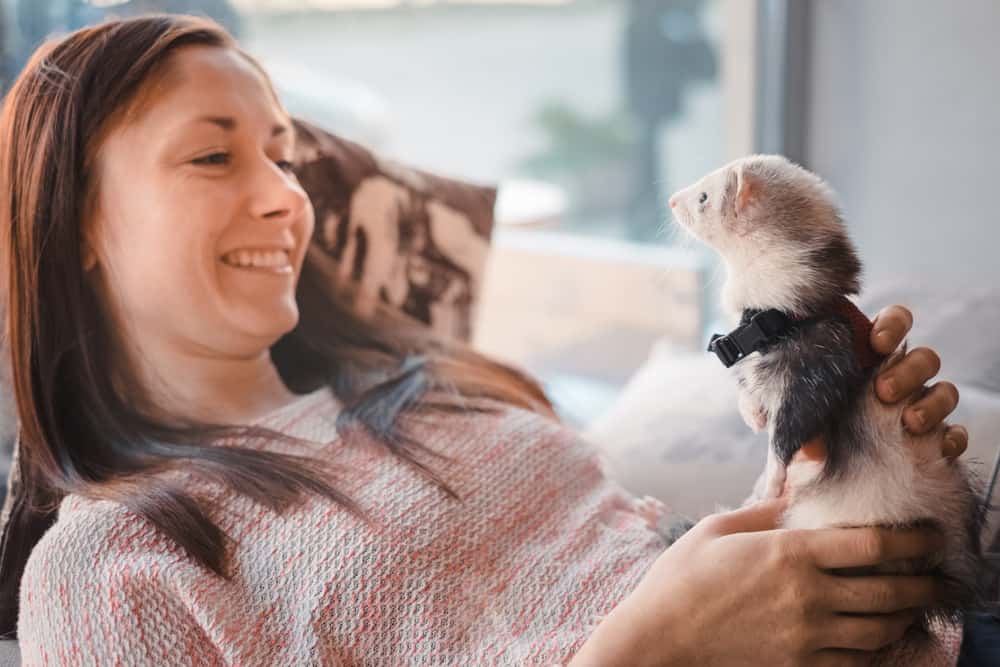 Ferrets are highly intelligent animals who make for amazing companions, as they are sociable, energetic, and downright charismatic. Knowing this, many people choose to welcome ferrets into their homes.

However, it’s important to note that despite their small size, owning a ferret is a big responsibility as they require a lot of love and care. In fact, caring for a ferret can be just as challenging as caring for a dog or a cat. But thanks to our list, picking out a name can be simple — and almost as much fun as ferrets themselves.

How Do I Clean a Hamster Cage? How Often Should It Be Done?