Horses were once a major part of the Plains Indians’ lifestyle. Thanks to their speed, power, and loyalty, horses allowed Native Americans to successfully hunt buffalo, bringing more wealth to their tribes. Not only that, whole villages could be packed up and moved during seasonal hunts using travois pulled by horses.

Of course, we also cannot forget the edge horses provided to Native American warriors. They were so valuable that tribes would even risk their lives to steal horses from one another. Though horses only take up about a century of the Plains Indians’ history, they are certainly an important part of it.

Going on trail rides through beautiful nature paths is a favorite activity for both horse lovers and tourists alike. Furthermore, It’s common knowledge that Native Americans respect and even revere nature, so giving your horse a Native American name is the perfect way to represent your own respect and adoration for nature.

Names Based on Animals

When the Europeans first brought horses to the Americas, the Native Americans didn’t know what they were. They even thought of them as large, powerful dogs because of their loyalty and usefulness to humans, and the words they used to speak about horses reflected that.

Even Westerners have a tendency to compare or relate one animal to another, and we see this a lot in pets’ names. If we see our pet as particularly strong or fast, we might name them after an animal that has those qualities. If we want to give a name that signifies freedom, birds are often symbolic of that.

Here are some Native American names for other animals that you can give your horse.

Despite their large stature, horses can certainly be cute! Their playful spirit and curiosity is adorable. Therefore, we have found some Native American names that we think are pretty cute. 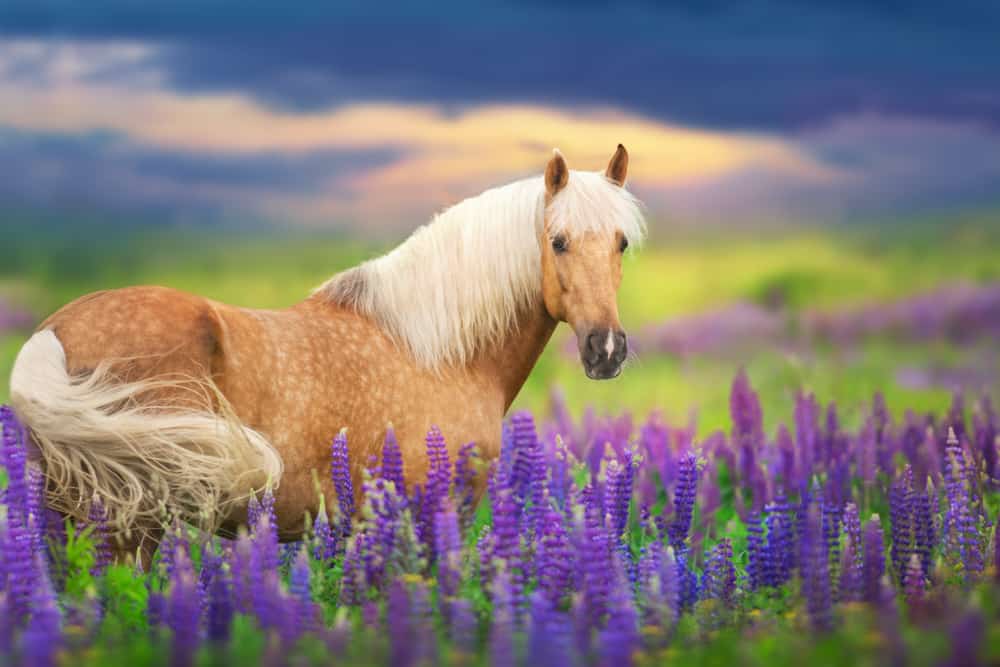 Most everyone can enjoy the beauty and fragrance of a flower. These plants bring positive thoughts and feelings to mind which is why they make such wonderful names for horses and people alike. Here’s a list of Native American names that have meanings associated with flowers.

There may be nothing more important in this world than water, for it is water that brings life. Plants, animals, and humans all need it to survive.

Not only is it vital to supporting life, but it’s also beautiful. Who doesn’t love the sound (or smell) of the rain? What about a crystal clear stream? If you love and appreciate water, then here are some Native American names with meanings related to water.

Native American Horse Names Based on the Sky 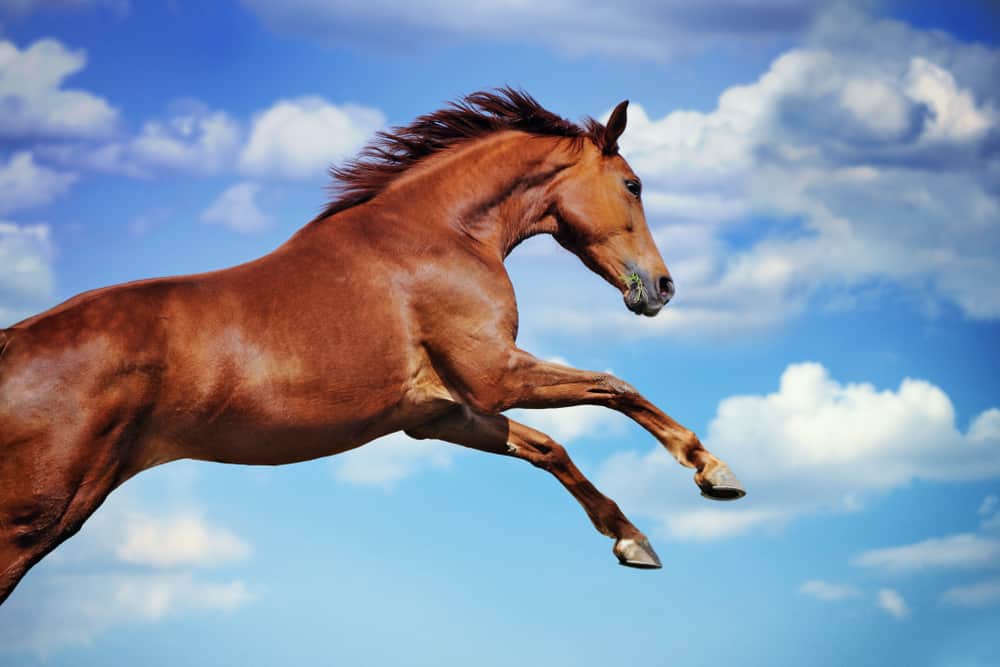 Looking up at the sky can remind us of how vast this world is but at the same time of how we are all living under one “roof.” Regardless, the sky is a canvas that hosts the most beautiful paintings. The names in this list are inspired by what you can see when you look up at the sky.

We’ve done our best to categorize names by theme so that you can more easily find what you’re looking for. However, we’ve also found a number of lovely names that just don’t seem to fit in anywhere. So, here are more Native American names that you could choose for your horse.

Whether you’re of Native descent or not, one way to respect and honor the culture is to take its naming traditions into consideration when picking a name for your horse. While traditions can vary by tribe, most put special importance on choosing a name that describes the person receiving it.

Because of this, names are actually fluid for Native Americans. As a person grows and experiences different struggles or successes in life, their name can change to reflect those experiences. Of course, someone might also have a name that simply describes their personality.

If a person is considered selfish or having some other negative quality, they may be given a name to reflect that. If this person does not like having such a name, they can actually work to better themselves and earn a new one.

While it isn’t realistic to keep changing your horse’s name, you can honor tradition by doing your best to choose a name that describes your horse in some way. The name could describe physical appearance, personality, or even traits like how fast your horse is.

Instead, you’ll have to do research on any name you’re interested in. There are a number of fantastic resources online to help you. For instance, the Cherokee Nation provides a tool on their website that allows you to search both English and Cherokee words to see their pronunciation. Many of the terms also come with voice clips of the pronunciation.

Similarly, the Nez Perce tribe has a webpage dedicated to the pronunciation of their Nimipuutimt language. Visiting a tribe’s official website is a good place to look for information on their language. There are also many video guides on YouTube that would be worth checking out.

Horses are beautiful animals that touch our hearts just as much as any other pet can. They’re powerful and majestic and a joy to ride. They deserve to have a name just as amazing as they are. Native American names can certainly fit the bill.

However, it’s important to be respectful of Native American culture. Two ways you can do this are by making sure you know how to pronounce the name you choose and also by following Native American naming traditions. Whatever you decide to call your horse, we know they are going to have a lovely name.

The 8 Best Pet Adoption Websites in 2022