Self-proclaimed nerd? Then you’ll need a name for your feline that reflects your passions. Nerdy cat names are adorable, fun and sure to be a hit with your D&D party members.

In the past, announcing your nerdiness to the world was probably not the way to score popularity points (albeit with your like-minded fellows). But in recent years, there’s been a drastic shift in perception, no doubt thanks to stereotypical “nerdy” interests – like superheroes and video games – hitting it mainstream. In fact, we’ll go as far as to say being a nerd is now pretty trendy.

Of course, irrespective of what others think, it’s important to be proud of your passions and stay true to yourself; giving your cat a geeky name is the best way to show off your nerd pride! Whether you’re a hardcore gamer, tech guru, or regular guest at Comic-Con, our list of over 160 nerdy cat names will definitely have at least one that captures your heart (just like Chewie did).

Cat Names Based on Comic Characters 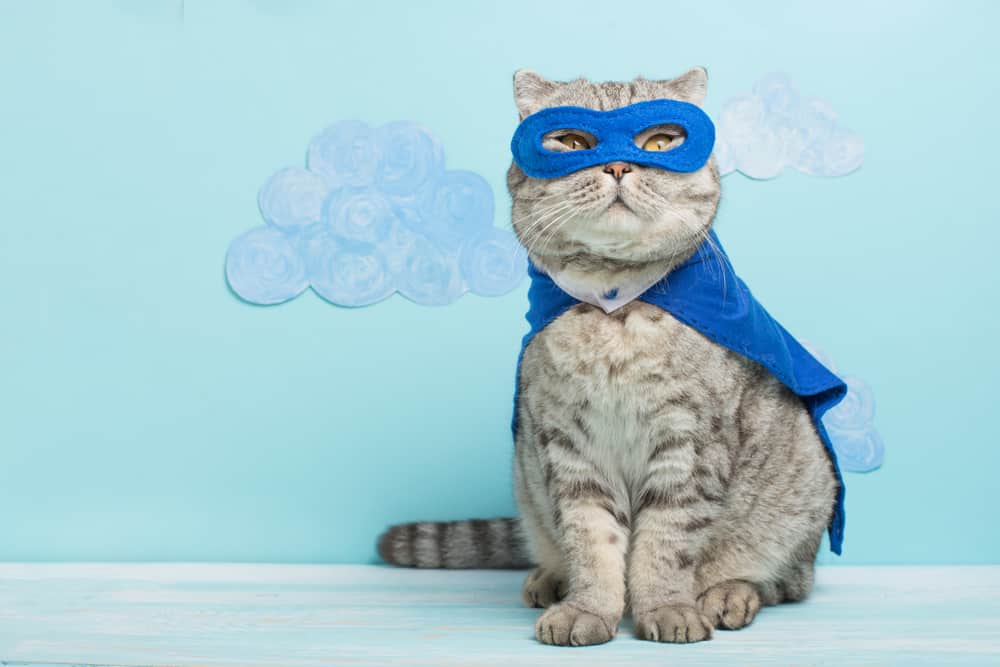 Comic books are filled to the brim with unique and interesting characters, so it’s no surprise they offer a wealth of inspiration for names. Whether your feline has the courage of a superhero, or gets up to shenanigans and mischief just like a villain, you’re sure to find a comic character here which matches their personality.

Cat Names Based on Movies and Shows 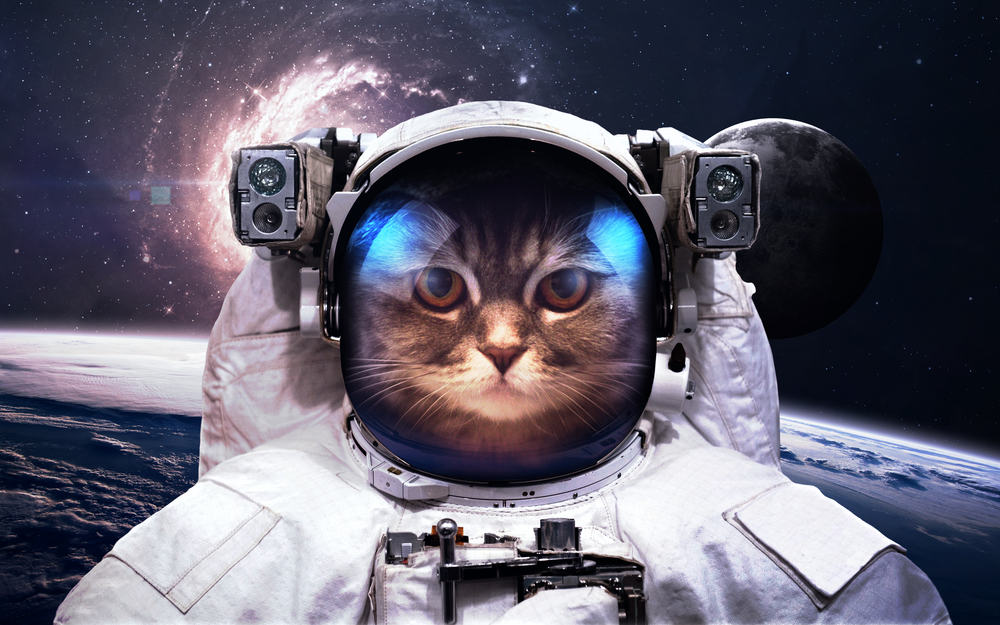 If you spend your evenings binge-watching sci-fi series, and your weekends partaking in movie marathons, why not name your feline after one of your favorite on-screen characters? There’s no better way to show you’re a dedicated fan, and your cat’s name will definitely be unique.

From Star Wars to Game of Thrones, there are plenty of nerdy shows and movies. If you’re a superfan of Star Wars, make sure to also browse our Star Wars cat names list for some more “otherworldly” inspiration. 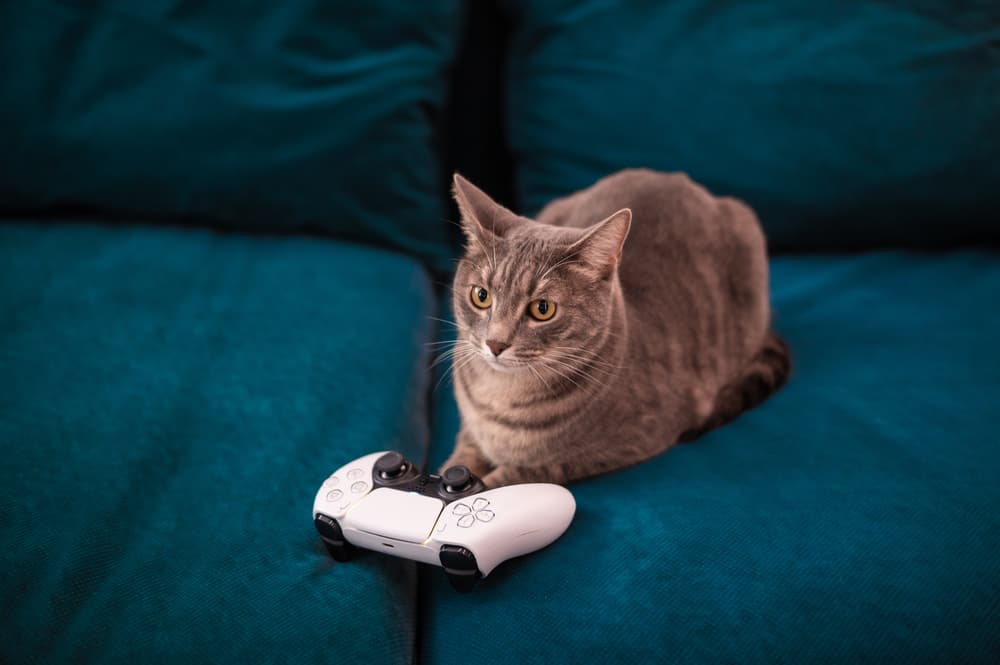 Games offer rich and immersive experiences that remain as fond memories in our hearts for years. By giving your feline a name inspired by your favorite game, you’ll be reminded of these heartwarming memories every moment you’re with them.

These cat name ideas come from various types of games (RPG, MOBA, FPS), both new and old. So, whether you’re a PC gamer who spends their nights fighting battle bosses, or a die-hard console gamer with a love for all things retro, you’ll find a name here that resonates.

Names Inspired by Maths and Science 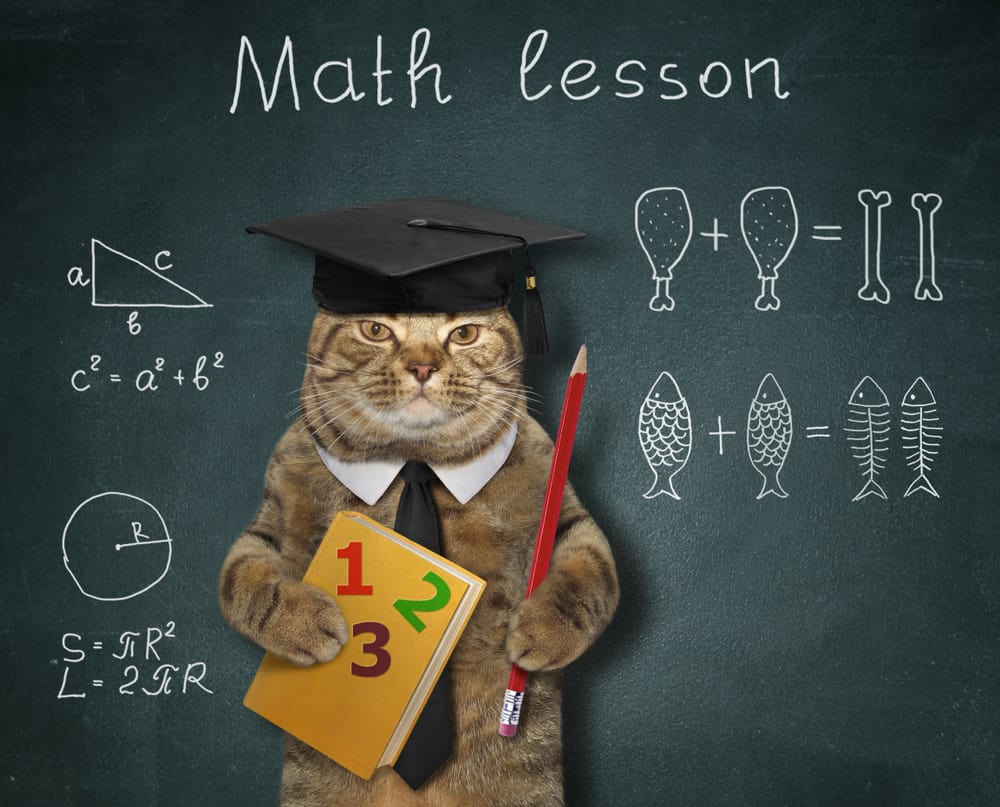 Built a career off of your love for science or math? Then you’re sure to appreciate all these scientific and mathematical cat names. From influential figures, to names of constellations, we’ve taken inspiration from several fields of study.

Giving your furbaby a math or science-related name doesn’t just honor their intellect, it also honors those throughout history who worked hard to unveil the world’s secrets and make it a better place. 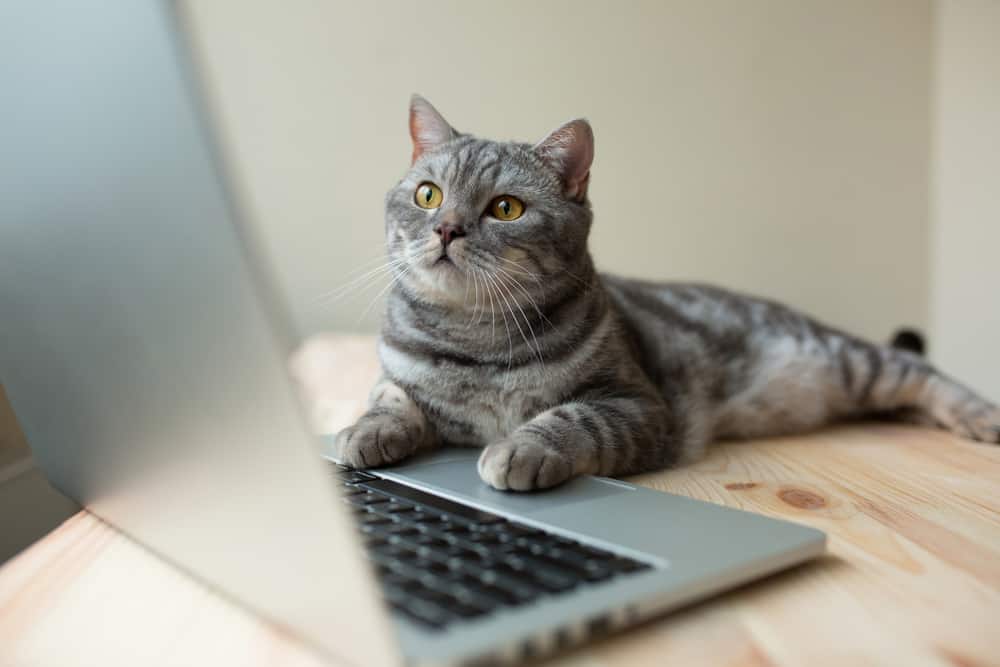 Technology has taken the world by storm. If you’ve been swept up in the craze, consider a tech name for your new feline. Techie cat names are fun, conversation starters and trendy to a T. Plus, if your feline treats your laptop as their own personal heated bed, despite how much you protest, a tech-inspired name couldn’t be more fitting!

Comic book lover, gamer, tech guru – no matter what kind of nerd you are, you can’t go wrong with a cat name inspired by your passion. In fact, by picking such a name, you can rest assured you’ll never become bored of it, or end up regretting your decision.

That said, we recommend sticking to a name that’s not too complicated. No more than three syllables is ideal. The simpler it is, the easier it’ll be for your cat to process and recognize (even if they choose to ignore your calls!).

Once you’ve settled on a name, you can finally get started on preparing your furbaby for the next big step in their life – becoming a part of your family, and of course, an honorary member of your D&D party.