Horse racing is a sport that has been a part of our history for thousands of years. It has taken shape in many forms and gained popularity in many civilizations. Today, horse racing has captured the hearts of millions across the world. It has brought with it unforgettable moments, from Man o’ War’s one loss that actually became a testament to his greatness to Secretariat winning the Triple Crown races in record-breaking times.

Whether you intend to make history with your own soon-to-be racehorse, or simply want to pay tribute to your love for the track, you’re sure to find a racehorse-inspired name here that takes first place in your heart.

We’ve taken inspiration from famous racehorses, iconic racetracks, and remarkable jockeys. Below, we also go over how to come up with a completely original racehorse moniker, as well as how to get it officially registered. 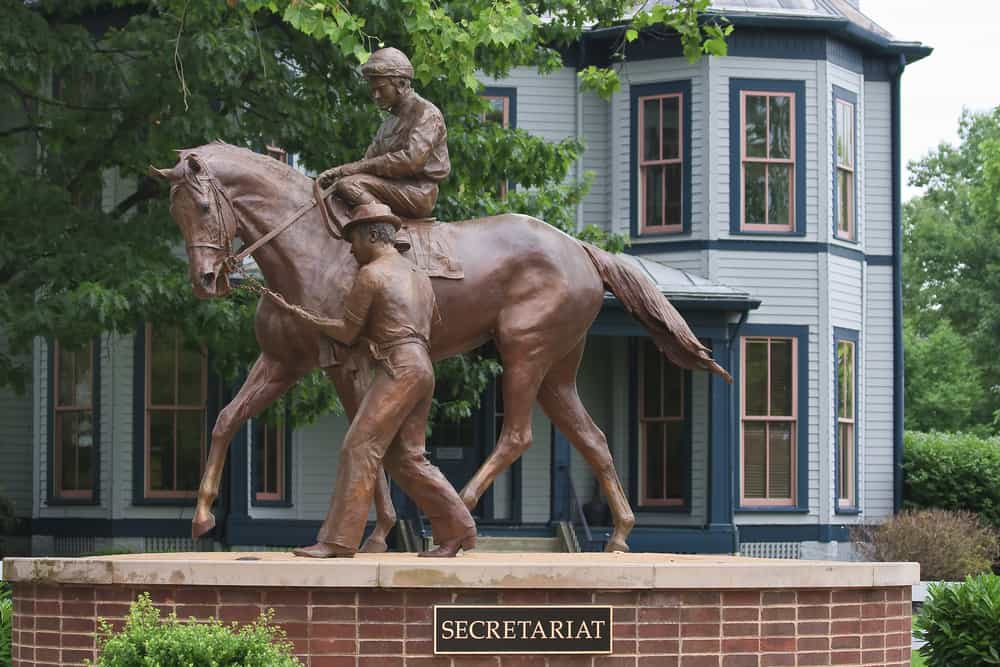 There are plenty of racehorses that have made history for their prowess on the track, with many being so famous they’ve become household names even outside of the horse racing community.

Names Based on Popular Racecourses 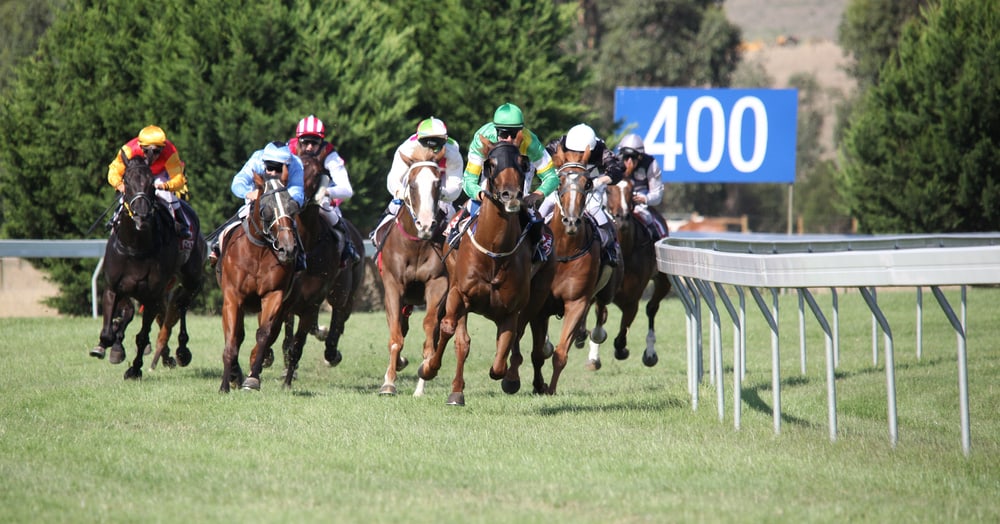 There’s nothing more exhilarating than watching a horse race take place in person. The screen simply can’t capture the energy and rush. Up close, you can feel the extraordinary speed as the horses fly straight past you, their nostrils flaring, eyes focused, hooves thundering.

If you’ve been lucky enough to visit a racecourse, it’s likely one of your most treasured experiences. Honor your horse (and your fond memories) by naming them after one of these famous racetracks. 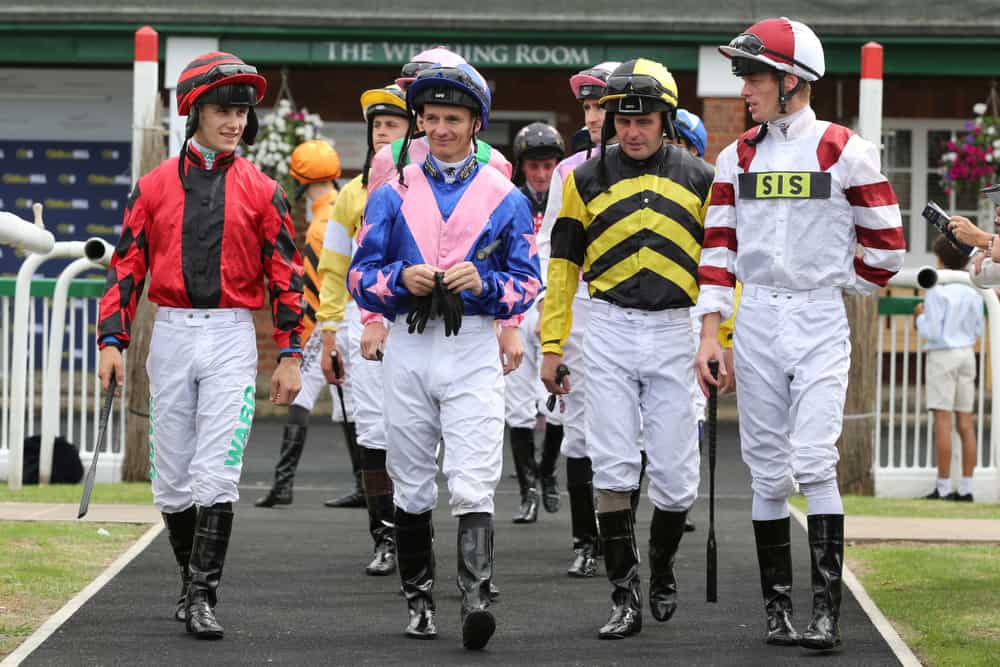 There are plenty of jockeys that have gone down in history for their skill and accomplishments. Many of these famous jockeys also have monikers that would make for interesting horse names. 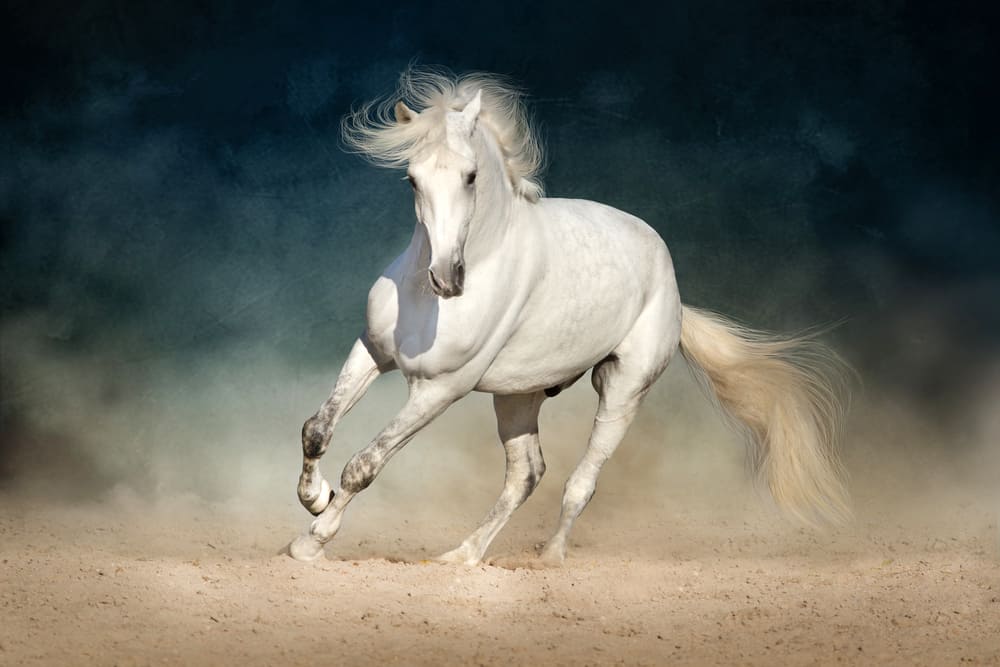 Swiftness, resilience, and power are traits all great racehorses possess. The names below connote these same qualities in some way or another.

Coming Up With Your Own Racehorse Name 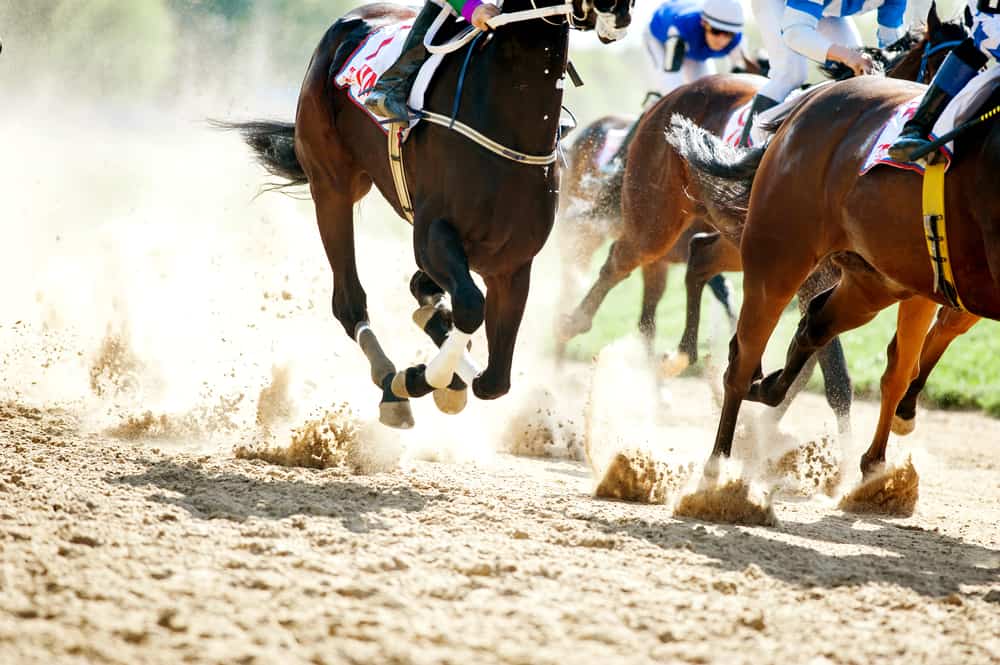 If you intend to actually enter races with your horse, you’ll need an entirely unique moniker that stands apart from the rest. Of course, finding inspiration for your steed’s race name can be a challenge – if you don’t know where to start.

One great source of inspiration is your horse’s lineage. You could name them after their sire, but give the name your own special twist. For example, if their sire was called “Dazzling Star,” you could name them “Starry Eyed.” Another source of inspiration is your own life and personal experiences. Your hometown, childhood nicknames, and favorite pastimes can all bring forth ideas for your horse’s moniker.

We also recommend browsing the Jockey Club’s recently released names since you’ll find a wealth of inspiration there as well.

Before you begin brainstorming, though, make sure you’re familiar with the breed association’s regulations for names. Every association has various rules you have to adhere to if you’re hoping to get your horse’s name approved. For example, following the Jockey Club rulebook, the name cannot contain more than 18 characters or be similar in pronunciation to another registered name.

Once you’ve settled on a name that (to your knowledge) follows all the rules, check with the breed association to find out if it’s available. If it is, you can then submit it for approval.

Finding the perfect name for your steed can feel as difficult as sprinting a marathon; not only does it have to be a moniker that captures their spirit, but it also has to complement their looks.

Luckily, the world of horse racing offers plenty of inspiration, so you’re sure to find a “winning” name here that suits your horse in every way.