Anime has steadily been rising in popularity as the internet has allowed it to reach more and more viewers outside of Japan and other parts of Asia. Crunchyroll, a popular anime streaming platform, doubled its subscribers in only two years, going from two million in 2019 to four million in February of 2021.

Not only that, its registered users shot from 45 million in 2019 to 100 million in 2021. This huge growth illustrates anime’s continuous rise in popularity as more and more people become fans of the genre.

Where you’re new to anime or have been watching it for years, there may have come a time when you wished you could have a cool Japanese name. While it’s probably not realistic to legally change your name to that of your favorite anime character, there is a being upon whom you can bestow such a name: your dog!

As fans of anime ourselves, we realize our list doesn’t cover even the tip of the iceberg when it comes to names taken from anime. There are just far too many great shows and awesome characters, it’s impossible to list them all! Still, we hope that you’ll find the perfect anime name for your dog in this article.

If you watch anime, then you probably already know how to pronounce many of the names on our list. However, if you’d like a little help with pronunciation, Tofugu has a thorough guide on pronouncing the Japanese language. We’ll also give you the basics here.

E sounds like ay. For instance, Chise is pronounced chee-say.

A sounds like ah. It is never pronounced as it is in the words “band” or “shame.”  Daichi is pronounced dah-ee-chee.

U sounds like oo, as in ooze. The name Usui is pronounced oo-soo-ee.

A double letter symbolizes a small pause in the word. Therefore Pakkun would be pronounced with a tiny pause: Pa – kkun. This is quite hard to describe in writing, so you might want to find sound clips for these types of names or pay close attention when they’re used in their respective anime.

Double Os (oo) or ou symbolize a long sound. The name Kikyoo can be written with our alphabet as Kikyoo or Kikyou (or sometimes even Kikyō), but the result is the same. The final o sound is elongated a tad. Again, it may be helpful to find actual sound clips of this.

This is a very brief overview of Japanese pronunciation, but it should keep you from making some of the more common mistakes non-Japanese speakers make. If you prefer to watch your anime in Japanese, then you might already know a lot of this.

Now that we’ve gotten pronunciation out of the way, let’s get to our names! 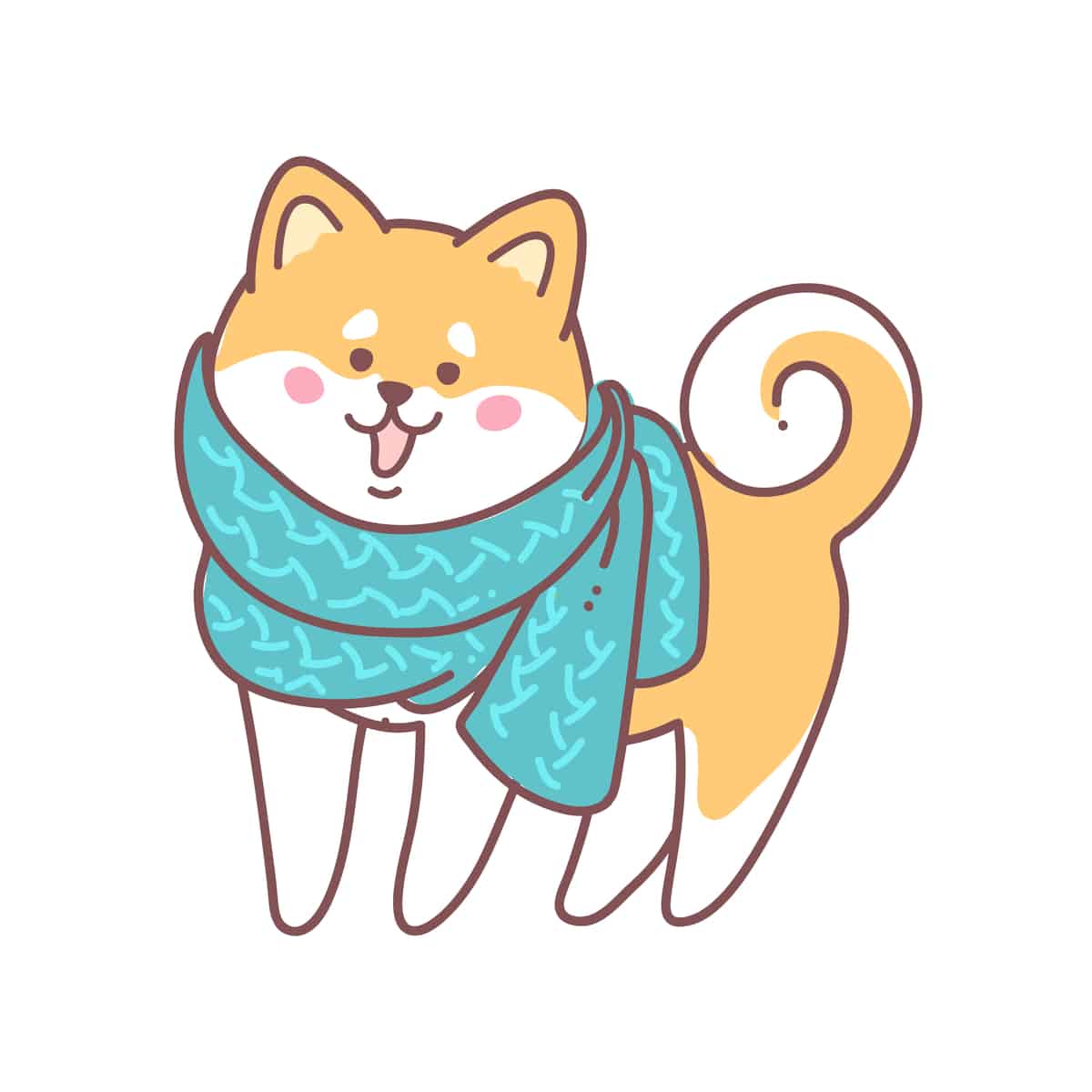 Sometimes, these dogs play a minor role and don’t show up all that often. Other times, they  play key roles in the story. Here are the names of dogs from popular animes!

Dog-Like Anime Characters to Name Your Pup After

There are a number of characters in anime that are not completely dog or human. Take Inuyasha for example: he has the ears of a dog as well as heightened senses of hearing and smell, but his body is otherwise human.

The cool thing about these dog-like characters is that they often have a lot more depth to them than actual dogs in anime. Even when they’re secondary or minor characters, we tend to learn a lot more about them and are able to relate to them. If you’d like to name your puppy after a dog-like anime character with a little more substance, then this list is for you!

Though there are just as many genres of anime as any other story-telling medium, one genre anime excels in is action. As such, there are a number of incredibly powerful characters that are so kakkoii (which means cool) we just can’t help but be their fans. Here are some of the most badass anime characters to name your dog after. 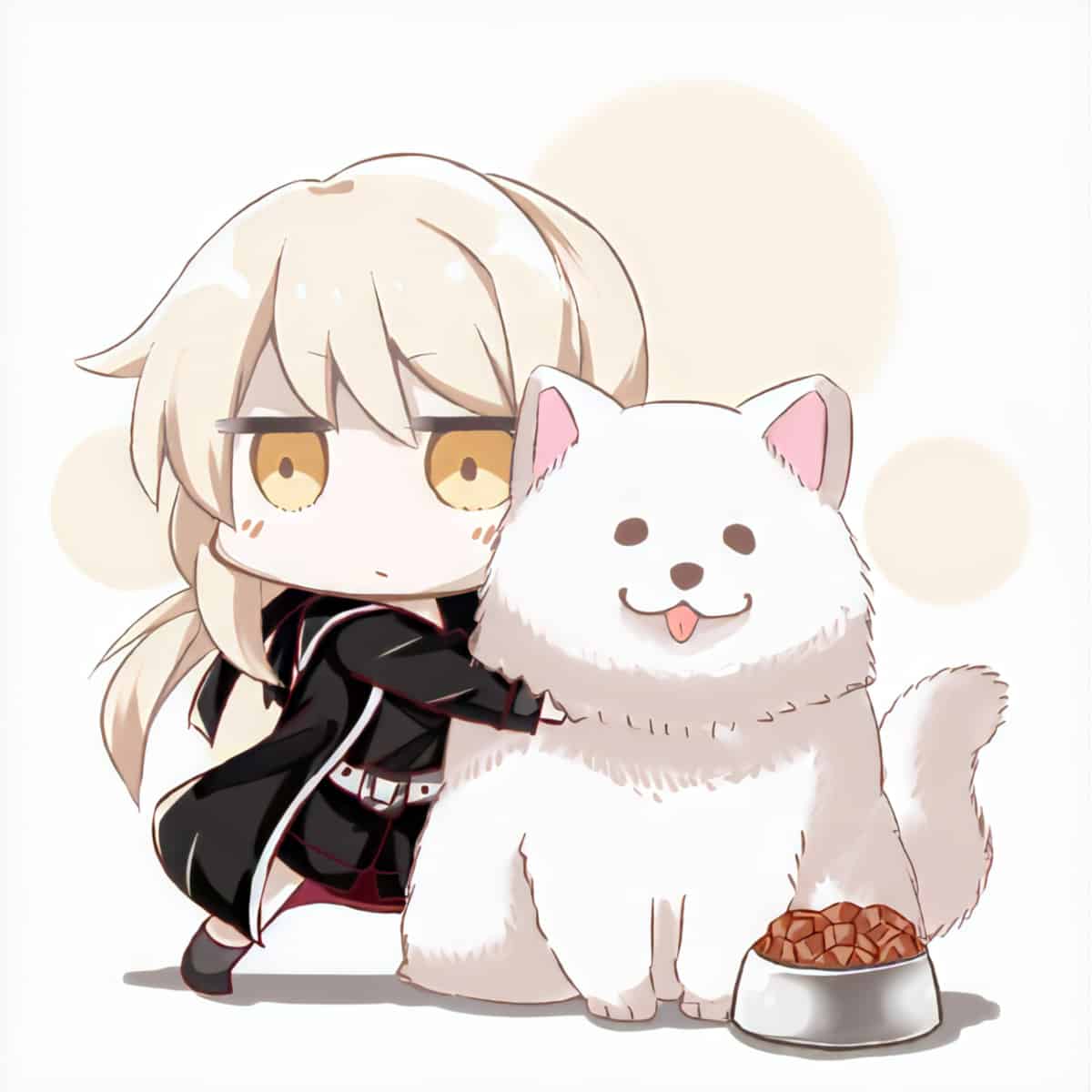 While we live for badass anime characters, many of us also have a soft spot for the cute ones. Besides, your dog is 100% likely to be a cutie, but far less likely to be a powerful, evil-fighting hero. Why not name your dog after one of the cutest characters in anime?

These are some of our favorite male names from anime. While the characters who don these names are males, we think it would be just fine to name a female dog one of these names.

Here are some lovely female names from anime. Though the characters in these anime are girls, you could also use these names for boy dogs. It’s 2021, after all! Besides, if you live in the U.S., only a fellow anime lover would catch on to the origin of the name.

Anime Is Awesome, and So Is Your Dog

Anime is pretty awesome. It brings us riveting stories delivered through the medium of two-dimensional animated art. Whether you love slow-burn romance or exciting action anime, there’s a genre for everyone.

If you’ve been watching anime for a while, there’s probably a character (or three) that you absolutely adore and wish you could name yourself after. While we can’t go back in time and tell our parents to name us after a Naruto character, we can use these names for our dogs. Just make sure to pick a name you can pronounce, as some are easier than others!

200+ Hunting Dog Names That Sound Great in the Field

200+ Spanish Dog Names for Your Perrito

200+ White Dog Names for When You’re Coming Up Blanc