Though dogs are fantastic, loving companions, they’re capable of a lot more than just being the cutest snuggle buddies. One such task that dogs can perform is aiding hunters. Dogs can be taught to find birds, flush them, and retrieve them after they’ve been killed.

A dog’s sense of smell is between 10,000 and 100,000 times as acute as our own, which is why they’re such incredible hunters. While dogs are largely popular for hunting fowl, they can also be used to track different kinds of game as well.

If you’re planning on raising a hunting dog, you might be interested in a name that represents such talents. Therefore, we’ve put together a list of over one hundred names that are suitable for your four-legged hunter.

Most of the people who hunt with dogs are using guns, so what better option than to name a hunting dog after your favorite gun or gun manufacturer?

Bows are another popular choice of weapon for hunters. Let’s look at some names inspired by archery.

Famous Hunters to Name Your Dog After

There are a number of talented hunters that have gone down in history for one reason or another. Here are a few whose names would work well for your pup.

We hope our hunting dogs will be strong, obedient, and brave. These qualities are often seen in members of our armed forces. Therefore, a military-inspired name might be the perfect fit for a hunting dog. 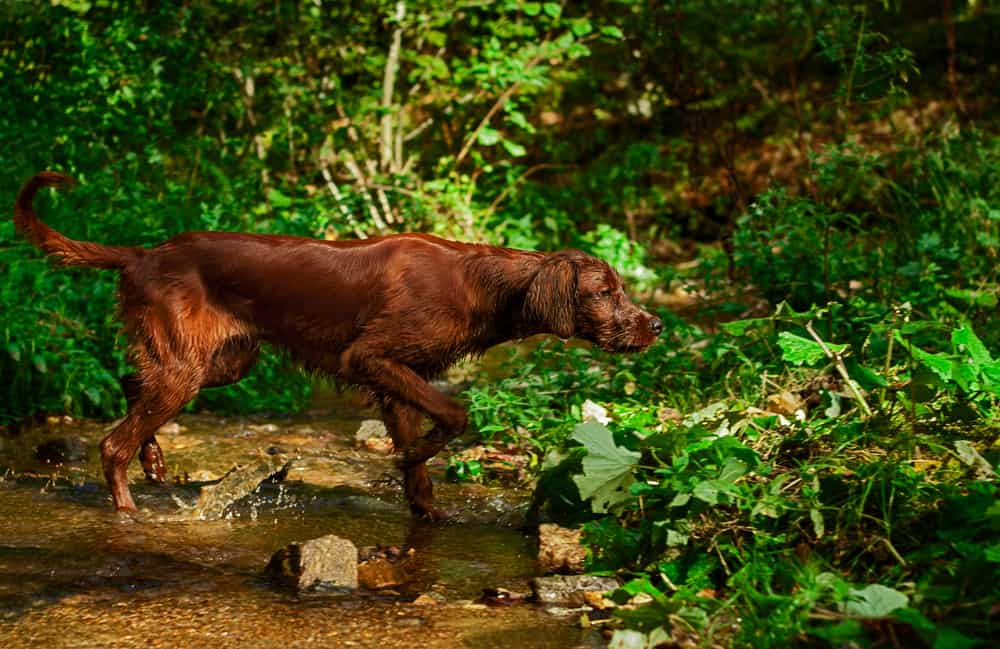 Most people who hunt love being in the great outdoors. Nature is beautiful and peaceful, and can even feel like it offers us healing. Why not give a nod of respect to nature by naming your pup after a lovely plant or noble animal?

Names Based on Popular Hunting Destinations

It’s relatively popular to name a human child after a location, so why not a dog? We’ve gathered up some of the best hunting destinations that make for fantastic names.

Names Based on Famous Fictional Characters

There are a number of fictional characters who have exemplary skills in hunting, survival, and marksmanship. As such, their names would suit hunting dogs well.

Humans didn’t always have technology and an abundance of food. Hunting was once so important that people even ascribed the skill to certain deities. As such, there are a number of mythological figures who were renowned hunters.

Naming your dog after a hunting goddess won’t magically turn her into a hunting prodigy, but she will have a lovely, noble name.

While many of our names have themes that relate to hunting, sometimes you just want something that sounds cool. In that case, take a look at these names. Though they are traditionally considered masculine, you’re welcome to use these names for a female dog, as well.

Now, we have some lovely names for female dogs that don’t fit into any specific theme. As before, you can totally use these names for male dogs if you prefer. 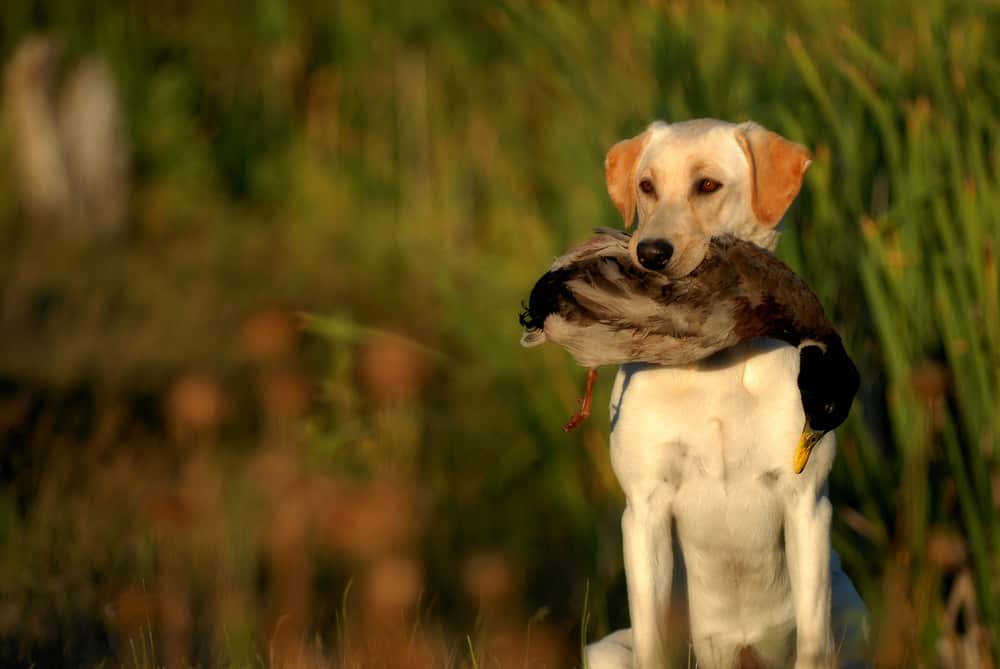 Finally, these names are great for any dog regardless of its sex.

Having so many names to choose from can sometimes be overwhelming. If you’re struggling, consider focusing on two-syllable names.

According to renowned animal behaviorist Patricia McConnell, dogs are more likely to come to short sounds that rise in pitch. If you’ve ever owned a dog, think of that sing-song voice you often use to call their name; that’s exactly what McConnell is talking about.

It’s easier to sing-call names that have at least two syllables. Yes, it is possible to call Du-uke, but it doesn’t roll off the tongue as well as something like Sun-ny.

Finally, be sure not to expect your dog to live up to its name. Unfortunately, naming your dog huntress won’t make her any good at the sport. You need to put in the effort to train your dog so that she can work well with you out in the field. That said, we know you’ll choose a fantastic name for your new furbaby!