There’s nothing more exciting than welcoming a new, adorable puppy to your home. However, it also brings with it a whole host of challenges, one of the first being to pick out a long-lasting name that suits your tastes and your four-legged friend’s personality.

Since there are tons of potential names out there, the search for the perfect one can quickly become overwhelming. A great technique to make it more manageable is to narrow your options down to names that start with a specific letter. In our opinion, the boldest and most beautiful letter in the alphabet is “B,” and it’s clear other pup parents feel the same; currently, the most popular dog names in the U.S. are “Bailey” and “Bella.”

Luckily, you won’t have to spend your evening flipping through the pages of dictionaries (or menus, if you’re a big foodie!) to discover a befitting B name for your pooch. Here, we’ve gathered over 250 dog names that start with B. From adorable-sounding monikers like “Bubbles” and “Biscuit,” to downright badass names like “Bowser,” you’ll have plenty to choose from.

Best Dog Names That Start With B

Here, you’ll find a collection of the most popular dog names that start with B. We’ve also thrown in a few underrated B names we absolutely love and believe deserve more limelight. Who knows? If you give your furry companion an underrated moniker, they might become the next trendsetter.

Beautiful Dog Names That Start With B

If your glamorous-looking pooch is the “Belle” of the dog park (or ball, if you’ve got a big imagination), honor their outstanding beauty with these equally beautiful dog names that start with B.

Famous Dog Names That Start With B

From “Balto” to “Beethoven,” there are plenty of furry companions with B names that have gone down in history or left their mark on the big screen.

Brave and Bold Dog Names That Start With B

Bold, fearless, courageous – if these words perfectly describe your pup’s personality, give them one of these names that share the same connotations.

Badass Dog Names That Start With B 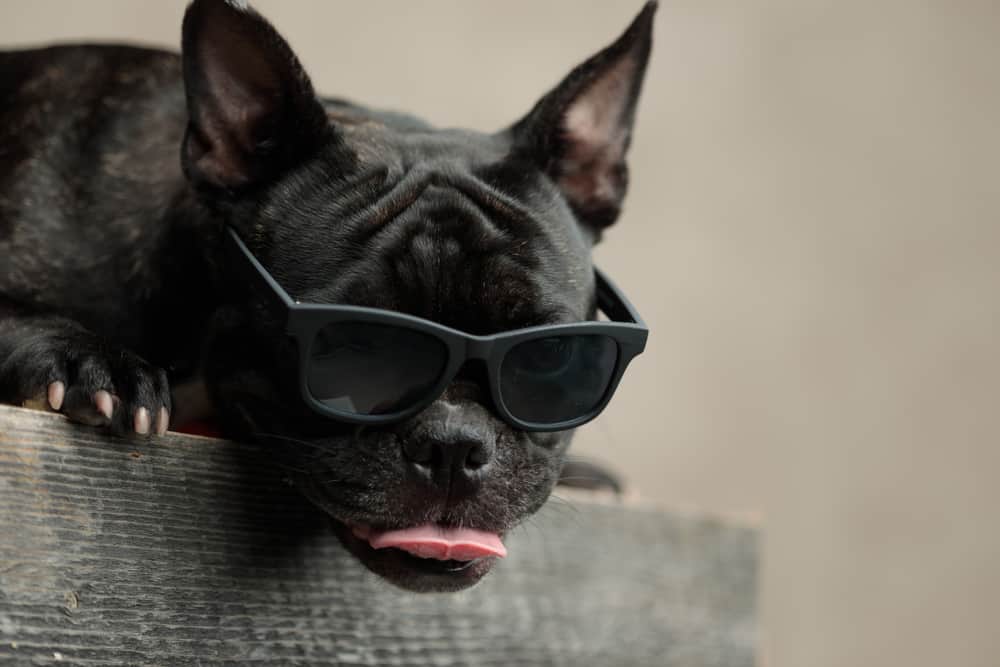 Some dogs thrive off hugs, kisses, and belly rubs. Others, however, thrive off mischief. If your furbaby is the latter, pay homage to their rebellious nature with these badass dog names that start with B.

Bashful Dog Names That Start With B

While some dogs simply need time to come out of their shell, others are just naturally shy and reserved, especially around strangers. Some breeds, in particular, are renowned for their shyness – the greyhound, Akita and Samoyed, to name a few. If your big softie is a little on the shy side, a cute, soft-sounding moniker is the surefire way to go.

Bewitching Dog Names That Start With B

While dogs aren’t associated with witchcraft as much as their feline counterparts are, a bewitching name will still suit your pooch if they have mesmerizing eyes, or always look like they’re up to no good.

A witchy name will also fit perfectly if your furbaby loves nothing more than sweet treats, playing about in fall leaves, or slurping up pumpkin pupuccinos.

Unique Dog Names That Start With B

If you’re tired of run-of-the-mill names like “Bella,” (no offense to all the “Bellas” out there!) check out these unique dog names that start with B. All of these suggestions are just as special as your furbaby, and are sure to make them stand out from the pack.

B Dog Names That Are Totally Bonkers

We’ve mostly kept to “serious” themes so far, so we feel it’s only right to throw some wackiness and humor into the mix before we finish up. An utterly bonkers name is guaranteed to make your family and guests laugh, and if your pooch is downright bonkers themselves, it couldn’t be more apt.

Picking a Brilliant Moniker for Your Furry Bestie

Finding a worthy name for your lovable furbaby is no walk in the park. It’s more akin to a trek filled with mysterious paths, steep climbs, and the odd pitfall. However, our list containing tons of brilliant dog names that start with B has hopefully cleared out a path for you–a path that’s hassle-free and leads you straight to the perfect moniker.

Before you come to a final decision, it’s worth checking out these dog naming tips. While it’s important you love your furbaby’s name, it’s equally important that it’s a word they’ll have an easy time hearing.