Huskies are well-known for their striking eyes, intelligence and boundless energy. Of course, they’re also infamous for their mischievous nature, stubbornness and ability to wake the whole neighborhood up with their howls!

Looking after a Husky is a lot of hard work, frustrating at times, but ultimately, a rewarding experience. It’s impossible not to fall in love with their friendly temperament and the antics they get up to – even if they drive you crazy on a daily basis.

If the latest addition to your family is a Husky, you’ll want a name that pays tribute to their noble heritage or lovable personality in some way or another. Luckily, we’ve made finding the perfect name easy. Today, we’ve created a list of over 200 Husky dog names, so you’ll definitely be inspired and discover one fitting for your vocal howler.

We’ll start off with a collection of some of the most popular Husky dog names, as well as our personal favorites. 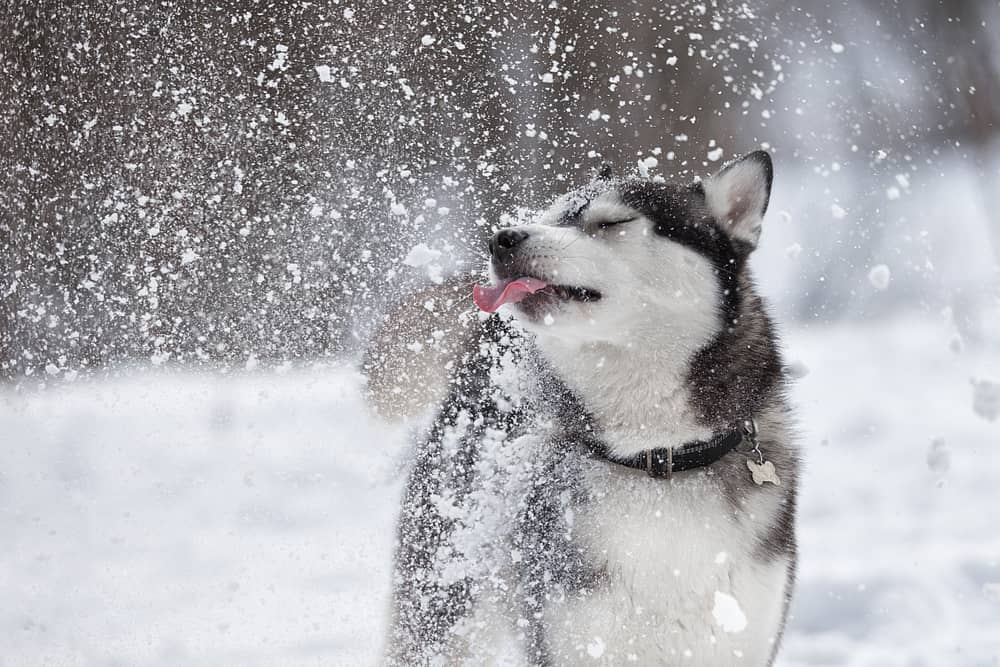 Husky Names Based on Places

Huskies originated thousands of years ago in Siberia, where they were bred and developed by the Chukchi people to be a sled dog capable of traveling for long periods of time while carrying heavy load. Later in the 20th century, they were brought over to Alaska, where they quickly became famous for their sled dog racing prowess.

Pay homage to your pup’s origin with these Siberian and Alaskan place names. 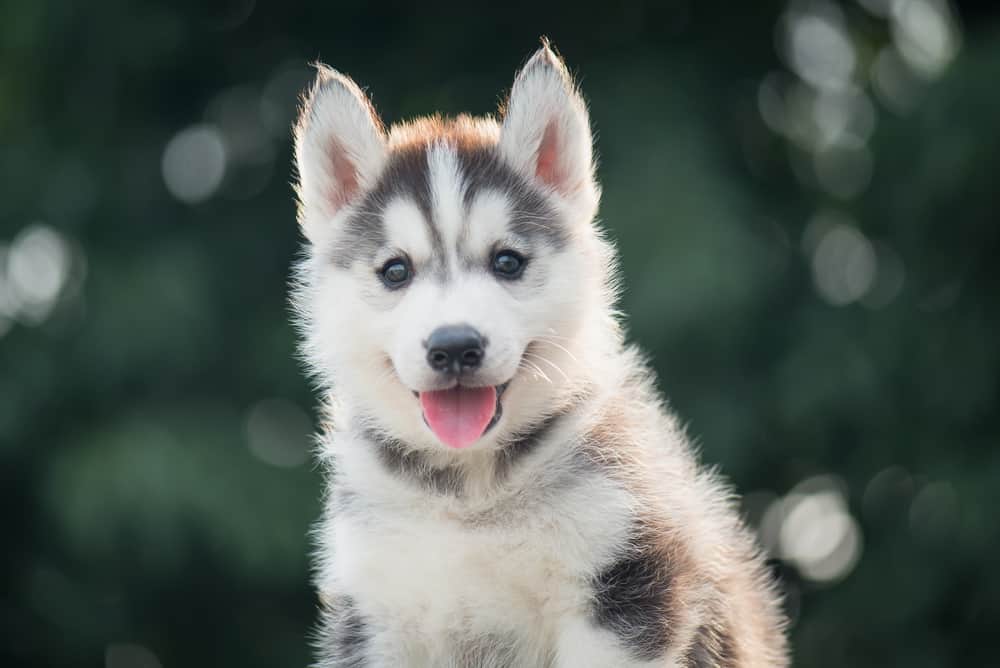 While Huskies may have a wolf-like appearance, their personality is anything but wolf-like; they are gentle, affectionate and extremely friendly (even toward kids and strangers!). Honor your big softie with one of these adorable names.

The Husky is one of the friendliest dog breeds in the world. However, they’re also known for being one of the most stubborn and mischievous! If your Husky pup can’t help but get up to no good, a chuckle-worthy name will pay tribute to their playful (and equally hilarious) personality. 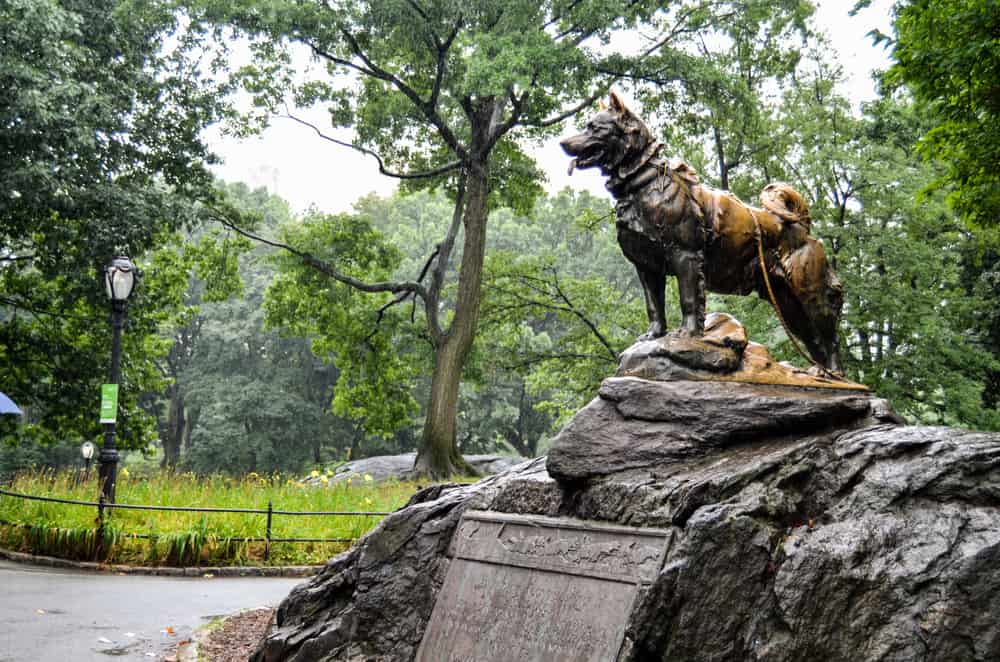 Huskie have been making history for decades, whether as heroic sled dogs or lovable movie characters. These names all pay tribute to famous Huskies across the world and screen.

Husky Names Based on Coat

Husky Names Based on Eye Color 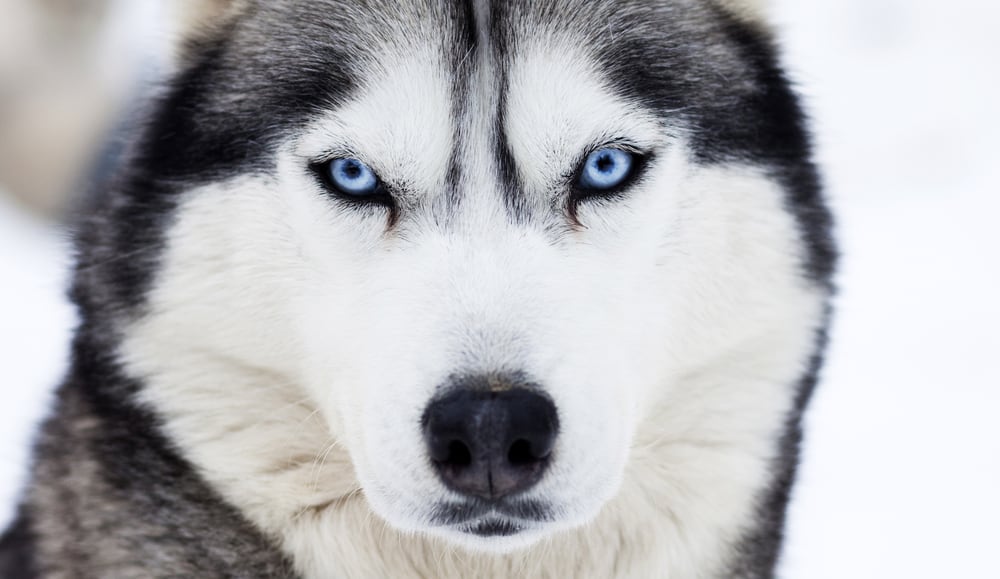 Huskies are famous for their striking eyes and unwavering gaze, so it should come as no surprise that this can serve as name inspiration. That said, be aware that your Husky pup’s eyes may change color over time. Usually, you’ll only truly know their permanent eye hue when they’re about 16 weeks old.

For this reason, we recommend only giving your Husky a name based on their eye color if they’re older than 16 weeks. Otherwise, your pup might be stuck with a name that’s not exactly befitting!

While exceptionally rare, and not part of the AKC breed standard, some Huskies do have green eyes.

As we mentioned earlier, the Husky breed has its roots in both Siberia and Alaska. If you’re not keen on place names, you might prefer to honor your Husky pup’s heritage with these interesting and meaningful Inuit-inspired names. You’re sure to find one here which reflect your pup’s individual personality.

Picking a name for your Siberian Husky is no easy task. It has to roll off the tongue, match your Husky’s temperament, heritage or attributes, and be a name you’ll love forever.

It should also be a name your Husky can easily distinguish from other words or commands – since Huskies are renowned for their stubbornness and independent nature, you’ll want to make training as smooth sailing as possible.

While our list has given you tons of options to think about, if you haven’t discovered a name on our list that strikes your fancy, why not browse our other dog name lists for more inspiration? From cool dog names to badass dog names, your options are limitless.

When you’ve come to a decision, make sure to get your pup’s name and details engraved on their tag as soon as possible. You should also consider investing in a smart tracker once they’re older. After all, Huskies are notorious escape artists!