Selecting a name for your new dog can seem like a difficult task – you don’t want to end up with a name that doesn’t suit your pup, after all. While picking the perfect name out can seem overwhelming, a little bit of inspiration can go a long way in helping you narrow down your choices.

In this article, we will be helping you to understand what to keep in mind when choosing a name for your dog. We will also be giving you our top picks of dog names that start with R, so you can find some inspiration and select the perfect name for your pup.

What to Remember When Choosing a Name for Your Dog

When choosing a name for your pup, you should remember to select something that speaks to your dog’s personality or describes their appearance, as these make for the best names. You should also try to choose something that you can easily pronounce and that your dog will easily recognize – if you want to train your dog, this will be very useful.

Additionally, try not to choose a name that you would be embarrassed to say aloud to a vet or another person; you may think the name is funny, but some things are better left in private rather than being your dog’s official name.

These famous dog names starting with R, can be found belonging to celebrities and in your favorite books and movies, but they can also make for a great name for your dog. 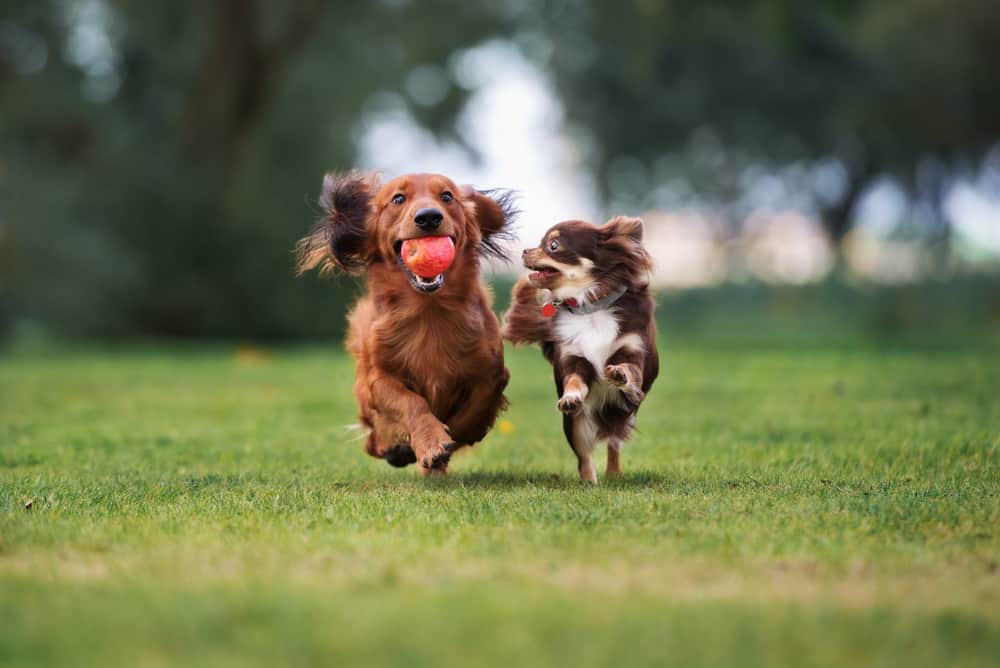 This collection of female dog names gives you some prime choices and inspiration for naming your furry friend.

The male dog names below provide you with many options to help you choose the most suitable name for your pet.

Choosing the Best Name for Your Dog

Choosing a name for your dog can be hard, but with the help of our list, you may be able to make your choice with a little less stress. Always remember to choose a name that you like and that fits your dog’s appearance or personality, and you will be sure to have the best name for your dog in no time at all.