Running can be a lonely form of exercise. Pounding those trails for miles, often with only your music for company. However, if you are one of the almost 50 million homes in the US with a dog, then your new running companion could be right beside you.

You see, dogs love to run. In saying that, not every breed will be suitable for coming out on a jog. After all, you could hardly imagine your Chihuahua keeping up with you thanks to its size, or your bulldog keeping pace when it spends the rest of the day being lethargic and lying around. But, all is not lost. Instead, a number of dog breeds are perfect for running. We’ll cover the best dog breeds for both long and short runs, as well as tips for running successfully with your dog.

Just as us humans have different abilities and energy levels when it comes to something like running, the same applies to dogs. Some, like the husky, are born to run. Others are more suitable for a short gentle jog or even a power walk where they are pushing themselves, but not too much. If you have a dog with a short muzzle, like a pug, then they should only sprint for a short distance. Also, don’t take a puppy out for a run. Their skeleton is still growing and it could lead to health problems.

In general, you want your dog to have decent endurance levels as well as being obedient and not easily distracted. You need them to be by your side and not have their attention pulled away after spotting something else that they think is more exciting and appealing.

If long runs are your style, these are the dog breeds that can keep up with you. 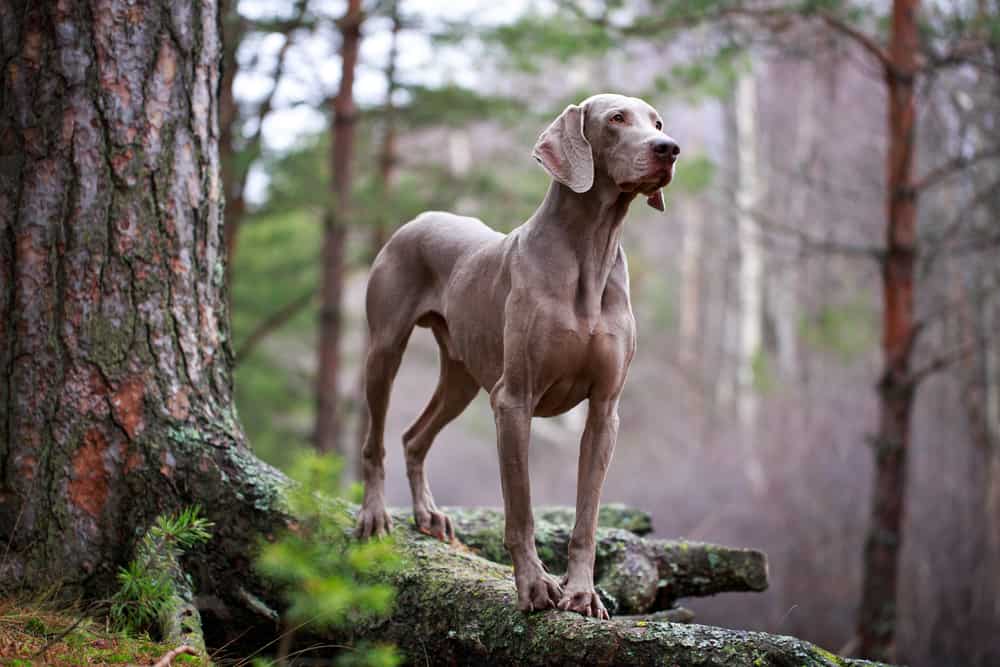 This impressive breed is best suited for long runs at a steady pace. If you regularly run on trails, then a Weimaraner is going to be in their element.

This breed has stacks of energy, and they already require a significant amount of exercise to keep them healthy through their life. Also, it’s their nature to want to stay beside their owner. They love that, so all this added together makes them the perfect breed for runners. 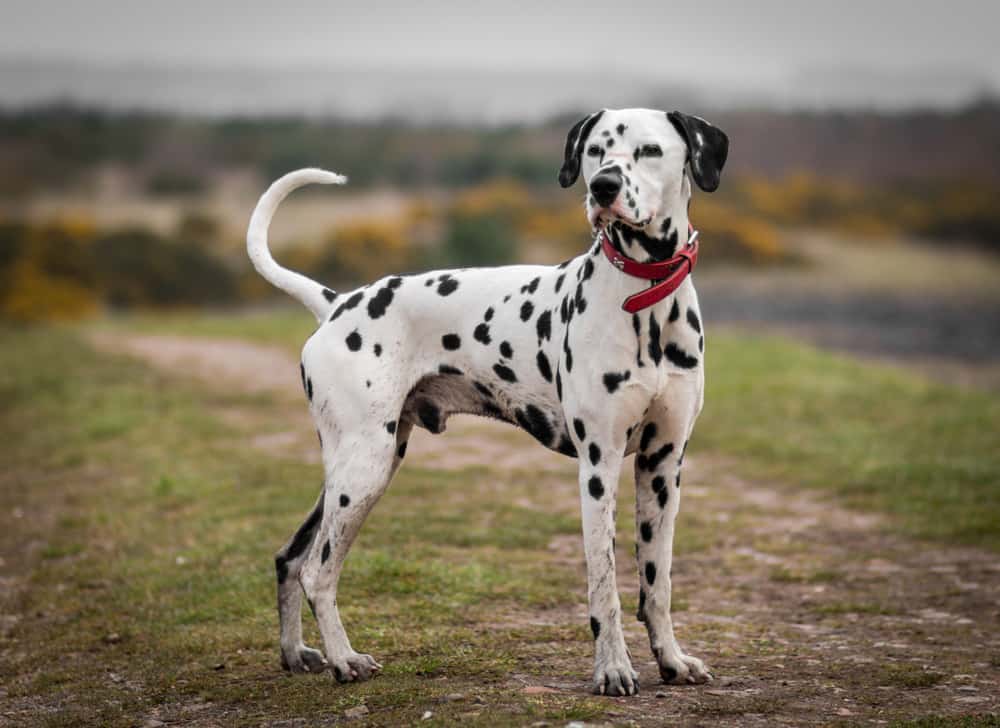 The Dalmatian may not be the first dog breed you think of for accompanying you on long runs, but you would be missing out on an absolute treat. The truth is that, according to experts for the breed, the Dalmatian adores going on long runs. Like the Weimaraner, they have boundless energy, so what better way to allow them to expend that energy than taking them on a run?

However, we need to look at the terrain before allowing them to indulge themselves on a long run. They do tend to run in a clumsy manner, and they throw significant energy through their legs and paws. So, to avoid potential injuries, stick to softer trails. 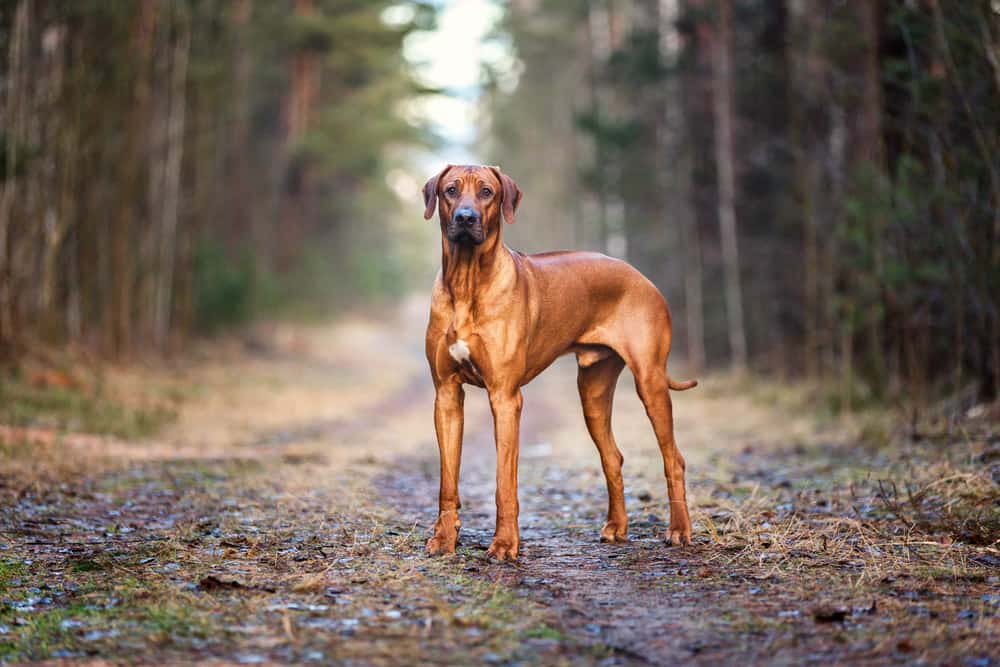 The Rhodesian Ridgeback won’t be affected by either distance or heat, so if you live in warmer climates, then this breed could be your perfect running companion. Once again, this breed requires a significant amount of exercise, and their natural endurance levels, due to chasing lions, are higher than most breeds. Also, their short coat stops them overheating. 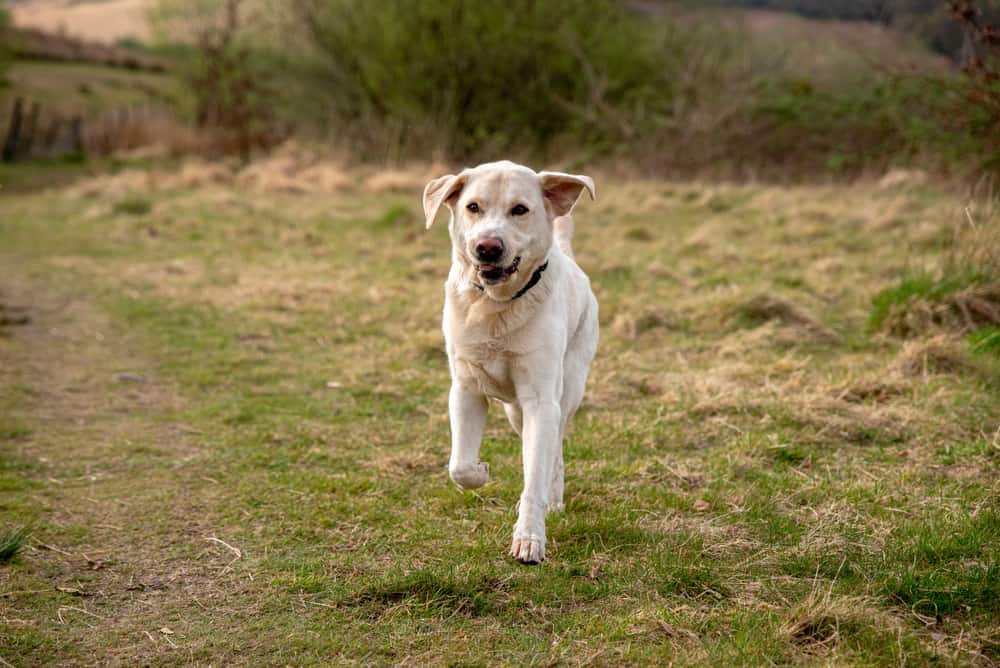 The Labrador retriever is the type of dog that can do pretty much anything, and that includes going for a 6-mile run without any problems. They do this with absolute joy in their heart, but as a type of working dog, they are also bred for endurance. Also, they love to be obedient, so training them to run safely alongside you won’t be an issue. 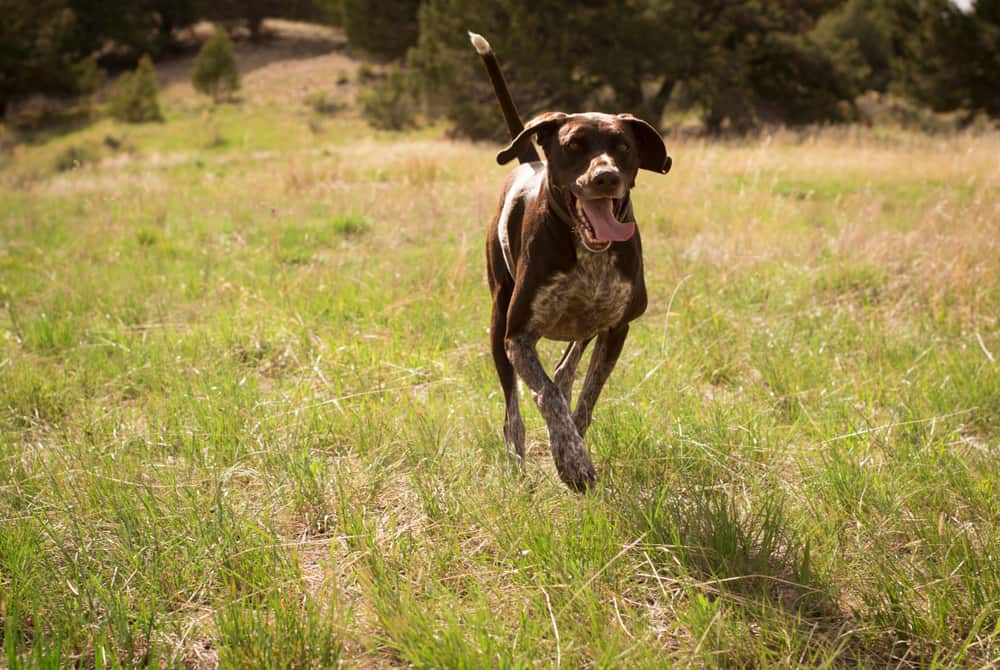 The German shorthaired pointer is a serious endurance athlete. In fact, running 10 miles with this breed by your side would certainly not be out of the question. They are lean, muscular, and were originally bred as a hunting dog, so endurance was a key component. Therefore, they will happily saddle up alongside you for a run on any given day. 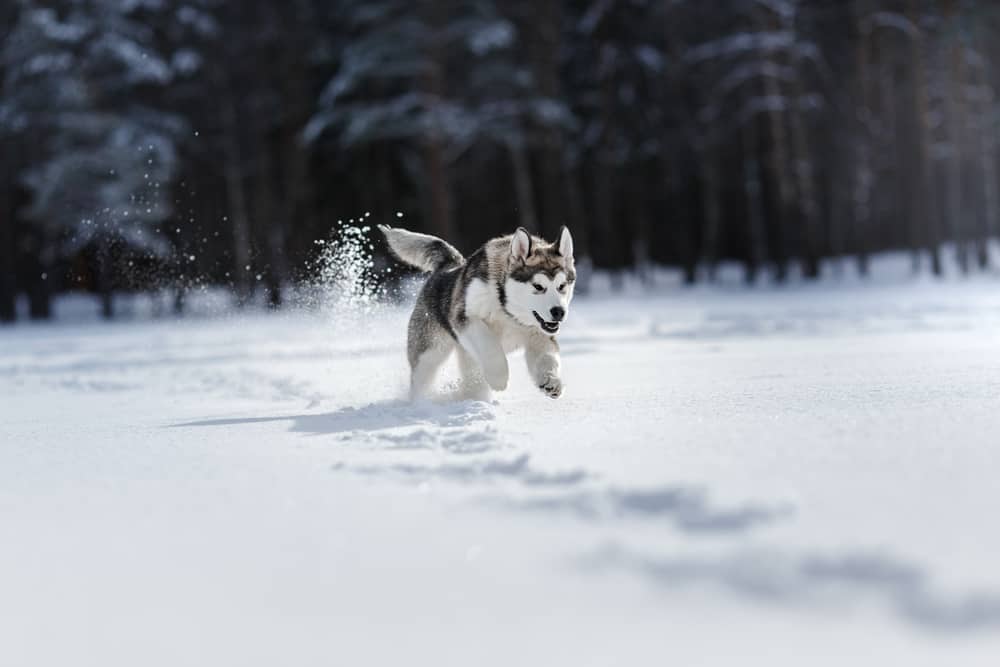 The Siberian husky was bred to not only have amazing endurance, but to also pull heavy sleds over long distances through heavy snow. With the correct conditioning and training, a husky can run close to 100 miles in a day. Now, if they do that, then going on a jog for a few miles with you is like a Sunday stroll in the park.

Also, whereas trainers and breeders would recommend you having rest days for your dog after taking them on a run with you, the same cannot be said for the Siberian husky. Instead, daily exercise is essential for their health, so if you are a daily 10-mile runner, then a husky is the ideal companion. 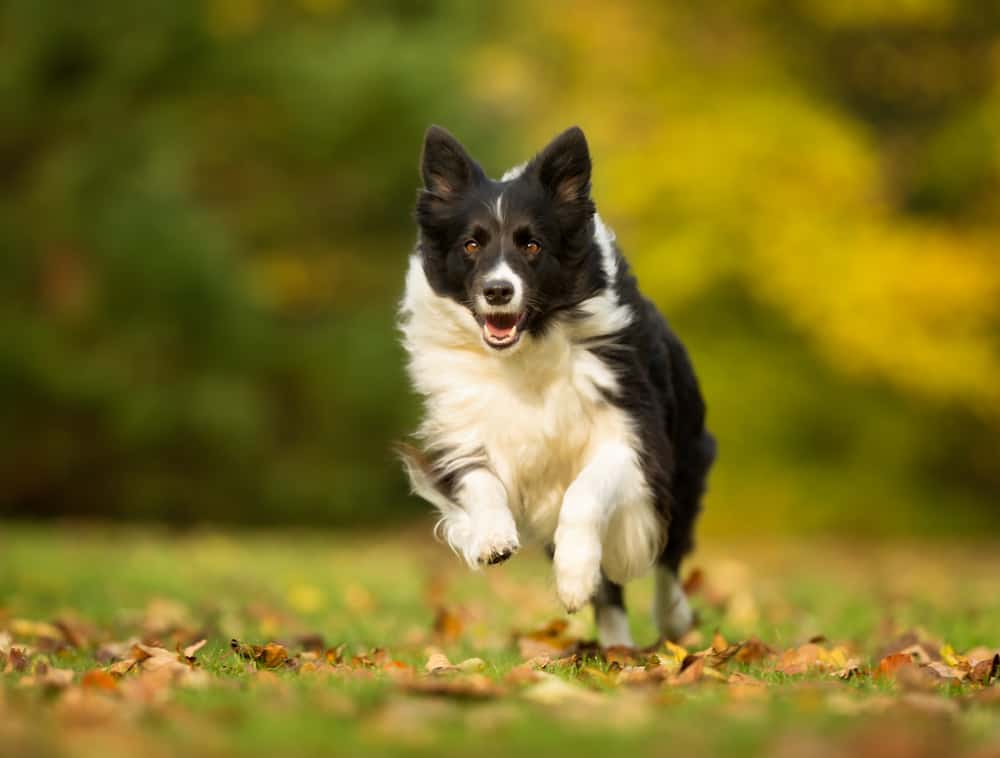 With the correct training, a border collie could run for up to 30 miles in a single day, and while that’s not in the same league as the husky, it does mean they are still built for running. They are also known for their intelligence, so training them to run alongside you will be a joy. An agile breed, you can take them over various types of terrain, and they will still thrive.

Best Distance: 10+ Miles (after training only) 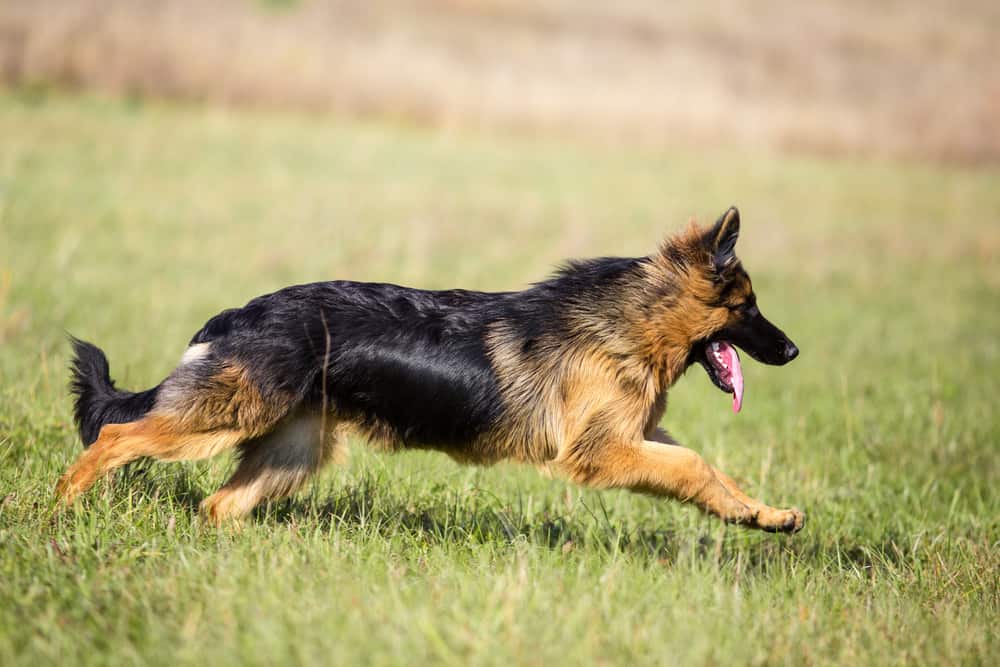 There’s a reason why police forces around the world often employ the German shepherd to chase criminals—they have amazing endurance. They are strong, easy to train, and have the ability to run for phenomenal distances at speed. Yes, they may have difficulty if you live in warmer climates thanks to their coat, but on fine, cool days going for a run will be a breeze. 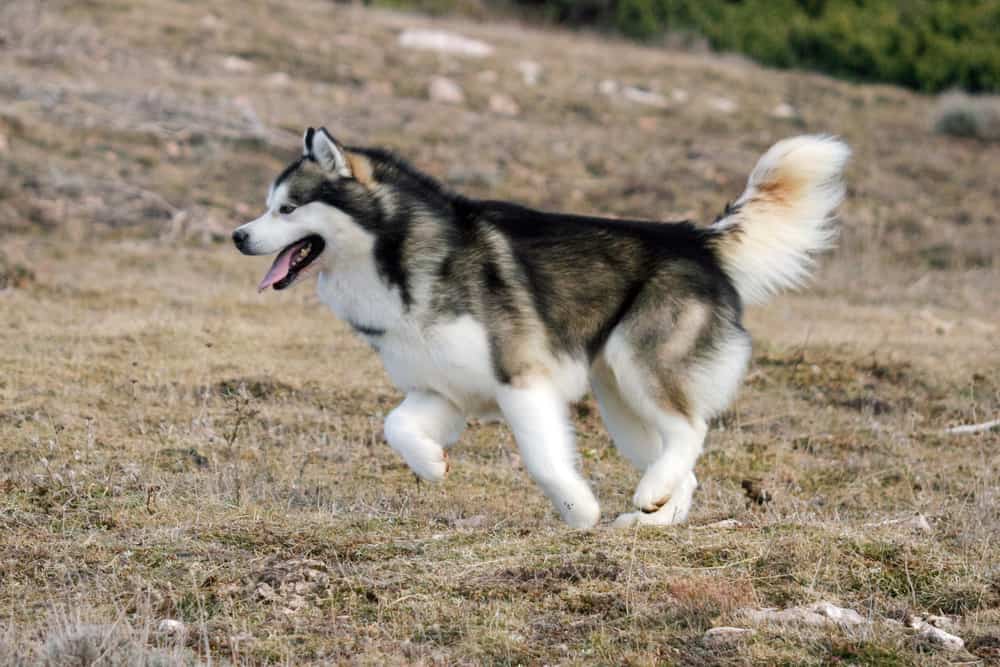 The Alaskan malamute resembles a larger, long-haired husky, and they are both better suited to colder climates than most dog breeds. The malamute was bred to carry significant loads over great distances. Consequently, their strength and endurance cannot be questioned. Also, as they are used to difficult terrain, you can take them for runs off-piste, and they will thrive.

If you are concerned about distance, then don’t be worried as a malamute can easily run up to 50 miles in a race. Your short run of a few miles won’t cause it any difficulty.

If you love shorter runs, these dog breeds are your ideal companions. 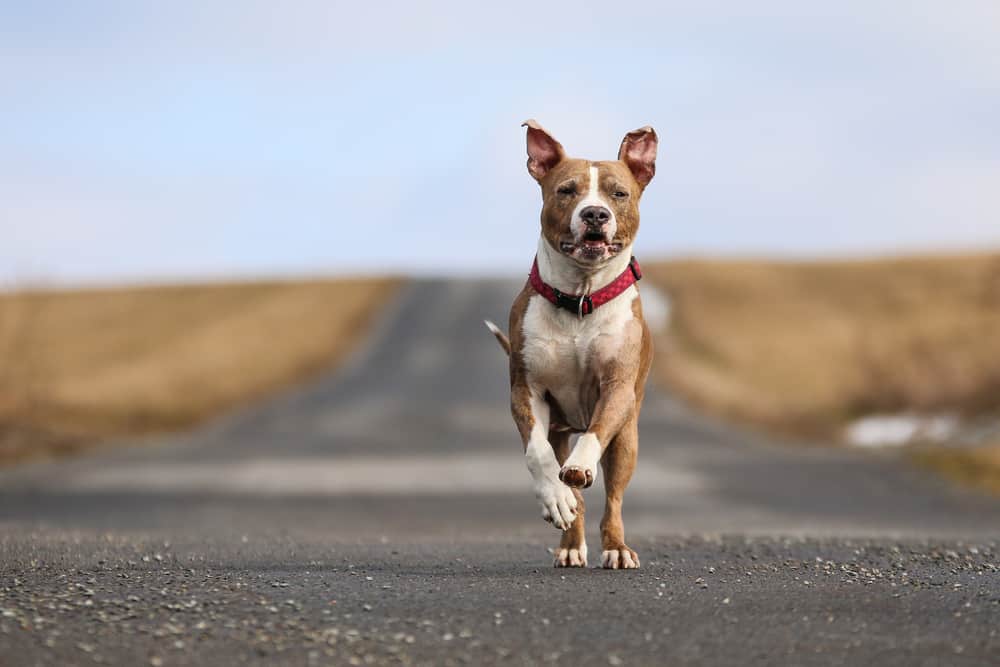 The American Staffordshire terrier is another breed you may have overlooked as a running companion, but with ample energy, they love nothing more than a brisk run several times a week. With this breed, you are looking at their maximum distance being a couple of miles, but they can move at a healthy pace, so will still keep up as you push your heart rate higher.

Best Distance: Up to 3 Miles 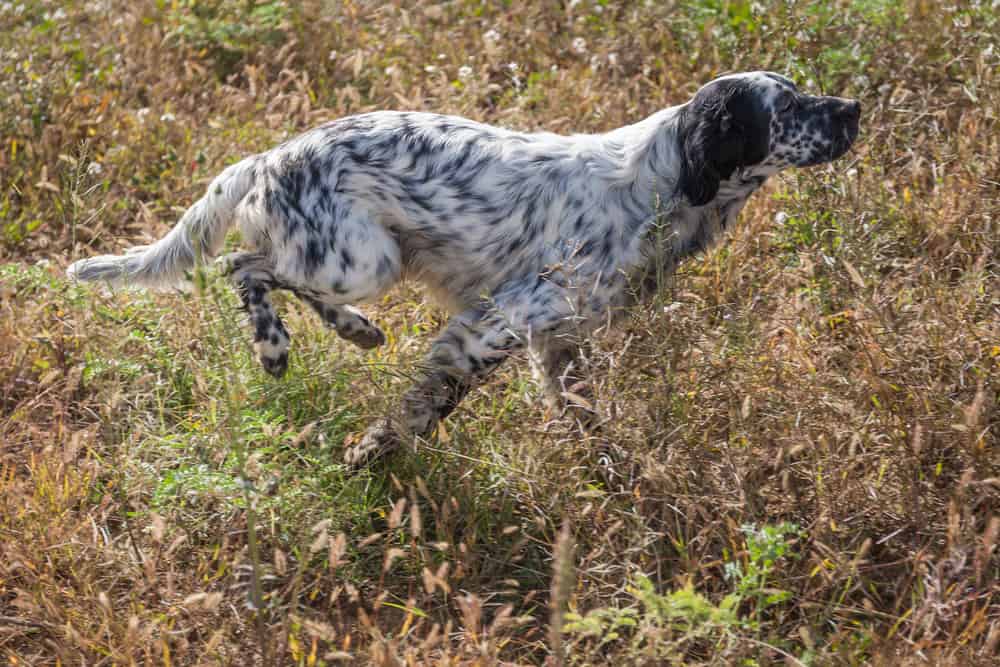 The English setter can become unsettled if they aren’t allowed to burn off their excess energy, so what better way than on a run with you? This gun dog was bred to run in fields for hours at a time, but that’s with breaks in between. Ideally, you are looking at them running up to 6 miles, but one word of caution. Don’t take them off trails and into areas where the grass is too long or there are too many sticks. Their long hair hates this, and then it’s up to you to get them clean again. 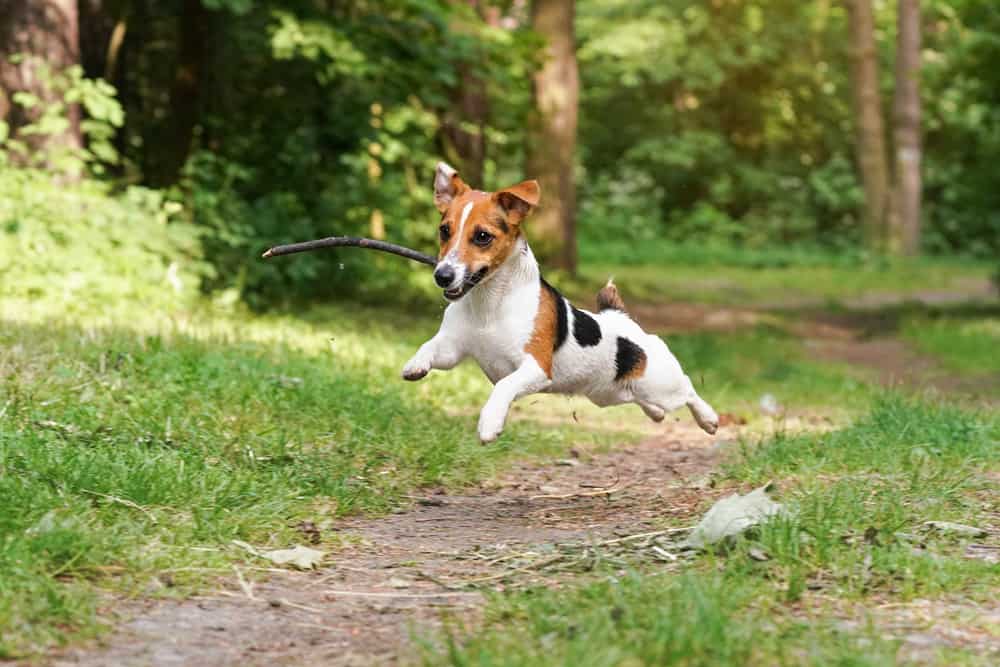 The Jack Russell terrier is the real exception to the rule when it comes to smaller dogs that can keep pace with you. These little guys can cover greater distances than you think possible by a dog with short legs, and they do so with a smile on their face. Their energy levels far exceed their size, and if you enjoy a medium-paced jog over a couple of miles, then these guys will love to tag along. 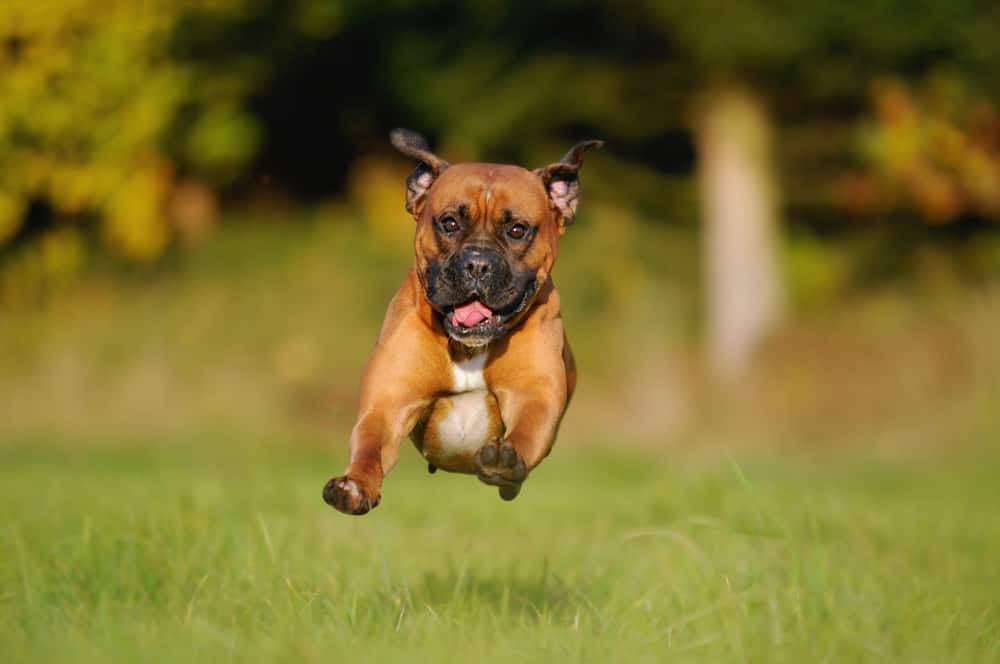 A boxer can be a wonderful companion when on a run, but due to it having more of an explosive energy, it’s best to keep the run brisk and short. Of course, your boxer will love being beside you as they do relish pleasing their owner, but their ability to keep up a decent pace isn’t particularly high.

Best Distance: Up to 5 Miles

Even though dogs were born to run, it’s hardly fair to expect them to cover a 5-mile jog without getting used to shorter runs first. Instead, you need to break them into it and to get them on a training program. Also, take your own fitness into consideration here. It can be disheartening if you are on your knees and your pooch is looking at you filled with energy and ready to do another mile.

So, here’s how you get your dog ready for regular runs.

According to the American Kennel Club, it’s advised that your dog should be comfortable on a loose leash before you even think about taking them out on a run. If the dog tends to pull on a leash, then imagine what they would be like if they are excited and running. The outcome could be a disaster.

Also, your dog must be trained to stay at your side. If they tend to dart all over, then they will easily move in front of you leading to a potential accident. Take them on normal walks and train them to walk in this manner; it could save you a trip to the ER.

The perfect way to get started running with your dog is to go for a walk and then indulge in short, slow jogs where they need to break into a run. You may even want to incorporate a command into their training where they become aware that you are about to pick up the pace.

What you will notice is the dog breeds that are perfect for running will quickly match their pace to your own. However, you need to provide them with those audio cues instead of merely surprising them with a jog.

As we said earlier, you cannot expect your dog to immediately run like an Olympic marathon runner. Instead, building their endurance, no matter their breed, is key.

Kick things off by injecting those brief jogs in a normal walk. Then, introduce more of them, or expand the length of time when your dog is running. It takes a matter of weeks before their endurance levels will be sufficient enough for them to run alongside you without it adding too much pressure to their body.

So, it all sounds simple enough, doesn’t it? But then, we still need to address the best dog breeds to accompany you on your run. To make it easier, we are going to split them into two groups. Those that are best for long runs, and those better suited for shorter jogs.

The one thing we can be sure of is your dog will love going on runs with you. Their energy levels and endurance can be mind-blowing. However, please do take into consideration their individual health, and if you have any concerns in advance, then consult your veterinarian for advice.

The 8 Best Pet Adoption Websites in 2023